On April 22, 2020, Earth Day will be 50 years old. The theme this year is “The Change is Coming” and will feature the youth movement and many other participants.  It will highlight the huge challenge facing humanity and how that can be the source of opportunity for future economic activity.

Born out of the awareness of environmental degradation, the movement pointed to the oil spills, smog and pollution.  In the late 1960’s Ohio’s Cuyahoga River literally caught on fire several times, raising awareness of pollution and the need for regulations.

On April 22, 1970, Earth Day came into existence.  About 10% of the 1970 American population (20 million people) were mobilized to take to the streets to encourage a new way to look at our planet.

The actual founder of Earth Day was Senator Gaylord Nelson (D-WI), an avowed conservationist.  He encouraged President John F. Kennedy in 1963 to make environmental issues a national campaign.  He founded Earth Day in 1970 as a Teach-In experience and it is now celebrated in 193 countries.

Climate change was not the main issue of the first Earth Day event.  Environmental laws grew out of the effort, such as the Clean Air Act, the Clean Water Act, and the Endangered Species Act.  The process later led to a greater awareness of climate change.

There have been many efforts to steer the country and the world toward managing the global warming problem.  Here are two international agreements and one more recent proposed U.S. resolution:

The Coronavirus and Climate Change

ignorance in public health matters and his disdain for everything foreign.  On the global level there are some differences of opinion and tactics, but there’s a somewhat unified effort to mitigate the problem.  The alarm was sounded and swift action is being taken.  The virus has prompted each country to institute its own procedures within its borders and there’s a collaborative effort to share ideas to meet the challenge.  The U.S. is more critical of other countries than is necessary, but for the most part countries are working together to solve a global problem.

There’s a major difference between the way COVID-19 and climate change are being handled in the U.S.  We know there are several powerful Conservative and Libertarian groups that are corrupting politicians, especially Republicans.  The Cato Institute, Americans for Prosperity, Heartland Institute, Science and Public Policy Institute, The Cornwall Alliance, and others, including the Koch Brothers, that insist that global warming is not based on science but on a liberal political agenda.  They have access to troves of printed, video-taped, and web page misinformation to prove their point and even have PhD scientists on their side.  They can be thought of as a cartel or bloc and also have exorbitant power over politicians.

How much power does this bloc have? The President takes cues from them and has received a lot of advice in the form of open public letters and commentary.  The communiques are often in the form of something more professional looking than Tweets and are sometimes a bit cryptic.  The President is not above interpretations that suit his economic goals, which is usually good for the profits of bloc members.  The Cato Institute’s letter this week can be interpreted either as sincere empathetic advice or as a sneaky way to get around government regulations.

In conclusion, the Coronavirus is a more immediate issue than climate change and has not had time to become politicized in the way climate change has.  The same forces, however, are finding ways to pull strings to align Coronavirus solutions with their goals.  The bloc is fundamentally concerned with protecting current schemes to make  profits and finding new ways to do that. 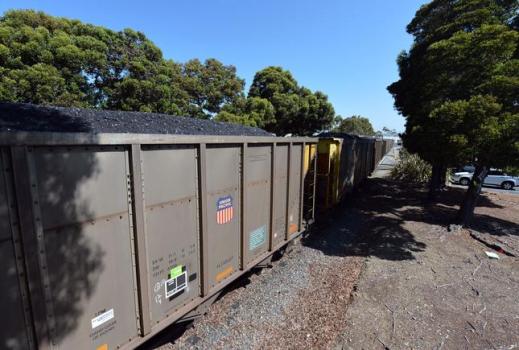 After a contentious battle in City Hall on January 14, the Richmond City Council banned the storage and handling of coal and petcoke (petroleum coke) as a public health hazard. This action would phase out the existing Levin-Richmond Terminal within three years. The terminal, in operation since 1981, ships most of the coal to Japan and South Korea and the petcoke to other countries. Richmond’s mayor, Tom Butt, presided over the final vote.

Two months later, in March, the City of Richmond received suits in federal and state courts from the Levin-Richmond Terminal Corp., Wolverine Fuels (the Utah coal export company) and Phillips 66 (manufacturer of the petcoke). They allege the ban violates their constitutional rights and that the City of Richmond cannot regulate transport by train. 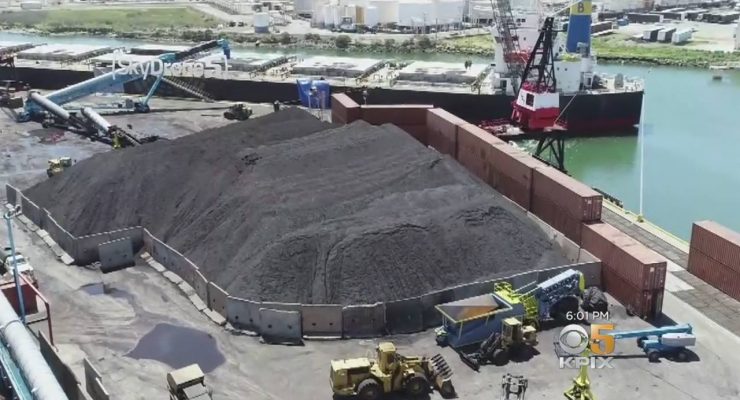 Bay Area experts maintain open-air mounds and rail cars full of coal produce dust containing such poisons as arsenic, mercury, cadmium, vanadium and chromium that gets scattered throughout the Bay Area. Such toxins are causes of cancer, birth defects, lung inflammations, possible lung and heart disease, and neurological damage. Downtown Richmond has shown higher levels of particulate matter associated with heart disease, asthma and other lung diseases, including cancer.  The litigants maintain that their air monitoring has shown no risk to people.

This story is still developing and there will be more to follow.

A Corporate Solution to the Plastic Pandemic

A new carefully-written bill is gaining ground that captures the scope of the plastics pollution issue.  Sen. Tom Udall (D-NM) along with Sen. Jeff Merkley (D-OR), Rep. Alan Lowenthal (D-CA), and Rep. Katherine Clark (D-MA) are authors and sponsors of the Senate and House versions of the Break Free From Plastic Pollution Act of 2020 (S 3263 & HR 5845).  Its aim is to amend the Solid Waste Disposal Act in an attempt to make plastic producers responsible for much of the waste they create.  The bill faces an uphill battle in today’s Congress, especially with corporations opposing plastic regulations.  Click this link to let your Senators and Representatives know how you think they should vote on this.

It’s impossible to say enough about the enormous plastic problem in today’s world.  Plastic is present everywhere in our lives – it’s in the oceans, the soil, in public drinking water systems, and even literally raining down on us. In a way it’s like a disease or pandemic.  As Sen. Udall says, “We are consuming a credit card’s worth of plastic each week.”  We’re exposed to tiny particles from tap water, food and air. 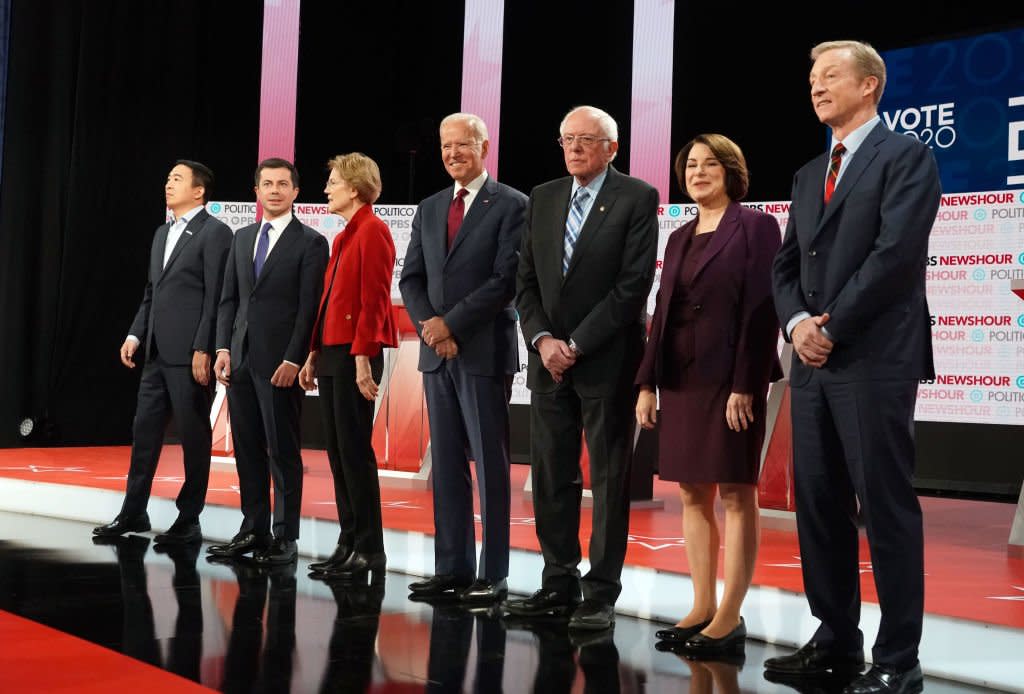 There was a move within the Democratic National Convention at the beginning of the campaign season last year to devote an entire debate to climate change. It caused a riff in the Democratic Party and in the end the climate debate was not to be. However, there were moments in several of the campaign debates that revealed what’s on the minds of the candidates. On Dec. 19, 15 candidates were on stage and the moderators asked three poignant questions:

The candidates chimed in on these questions, and all seemed rather well-informed about climate change and other environmental issues.  This is in stark contrast to most Republicans.

On Feb. 19, we got a general view of the candidates still running: Klobuchar, Buttigieg, Biden, Sanders, Warren, and Bloomberg.  Warren showed some depth by pointing out corruption in Congress, and how important it is to roll back the filibuster policy crucial to getting things done in Congress.  Buttigieg tried to show how important it is to take action but didn’t spell it out well.  Klobuchar and Bloomberg cited how natural gas is important as a transition fuel, while Warren and Sanders would ban fracking all together.  Biden emphasized how much needs to be done but offered no real plan.

Biden started the campaign as the one who would use double-talk to show that he knows something, but who would probably play along with the prevailing corporate structure.  He was thought of as the candidate who would use what is now being called an outdated approach: market-based policies for a greener American economy, similar to Obama.  He has since, however, evolved during  the debate process and has become more articulate on the issue.  This may become clearer as the campaign evolves. 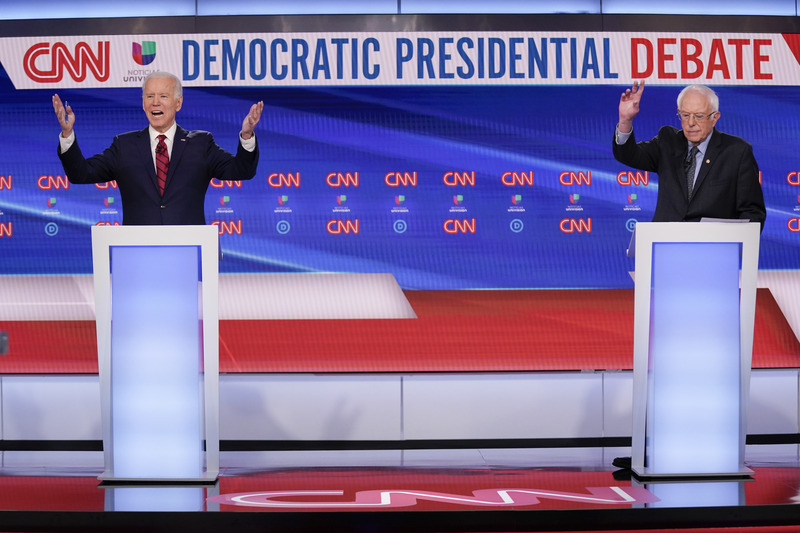 On March 15, Bernie Sanders and Joe Biden were the only two candidates on stage without an audience due to the Coronavirus –the pandemic held more debate attention than anything else. Most of the debate had nothing to do with climate change but there were subtle references.  Biden did mention his Global Climate Protection Act of 1986 & 1987 that became part of a State Department funding bill.  That bill was signed into law by Ronald Reagan and required the President to set up a Task Force to plan climate change mitigation.  Under Reagan, climate change was not a priority and nothing materialized.  Biden also maintained he has a grip on climate change with other nations and can accomplish a lot based on his past experiences with the international community.  He did admit the Paris Agreement is a path forward.

Sanders spoke of the moral problem of profiteering while we move the cost of caring for the environment to future generations. He quoted the IPCC’s (International Panel on Climate Change) reports on why it’s imperative to do something sooner rather than later, and stressed the importance of aligning with other countries of the world in the Paris Agreement.  He spoke of his Green New Deal that would mandate a major overhaul of the American energy system.  He has a sincere belief in science and that the petroleum industry has a stranglehold on this nation.  However, throughout the debates, he failed to give the audience a solid feel for the Green New Deal.

To get a much-needed break from the Coronavirus crisis, click on the title link above which will take you to the Monterey Bay Aquarium’s website.  The Aquarium is currently working with only a skeleton crew onsite while many employees are working at home by monitoring web cams.  You too can see the Aquarium’s marine life by watching any one of ten live web cams, available daily from 7:00 am to 7:00 pm.  As you watch, the camera’s view may change periodically.  Here’s a list of the ten cams: 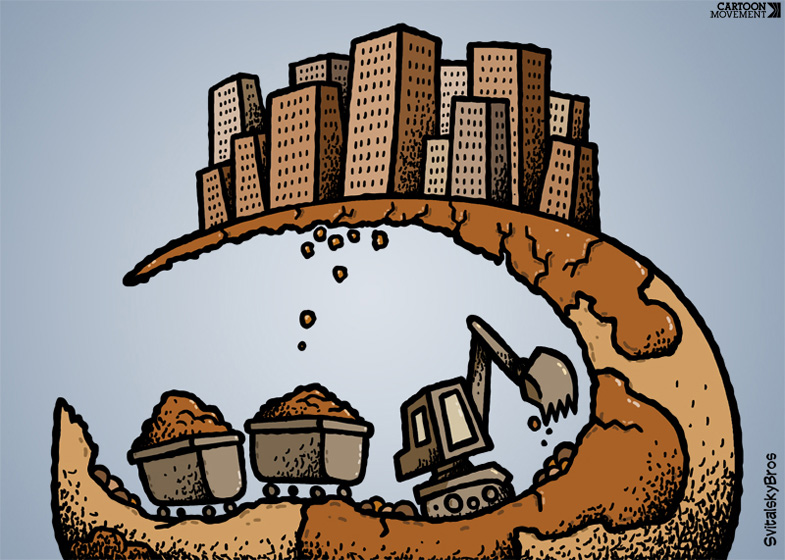