Greta Thunberg Teams Up in the U.S.A. 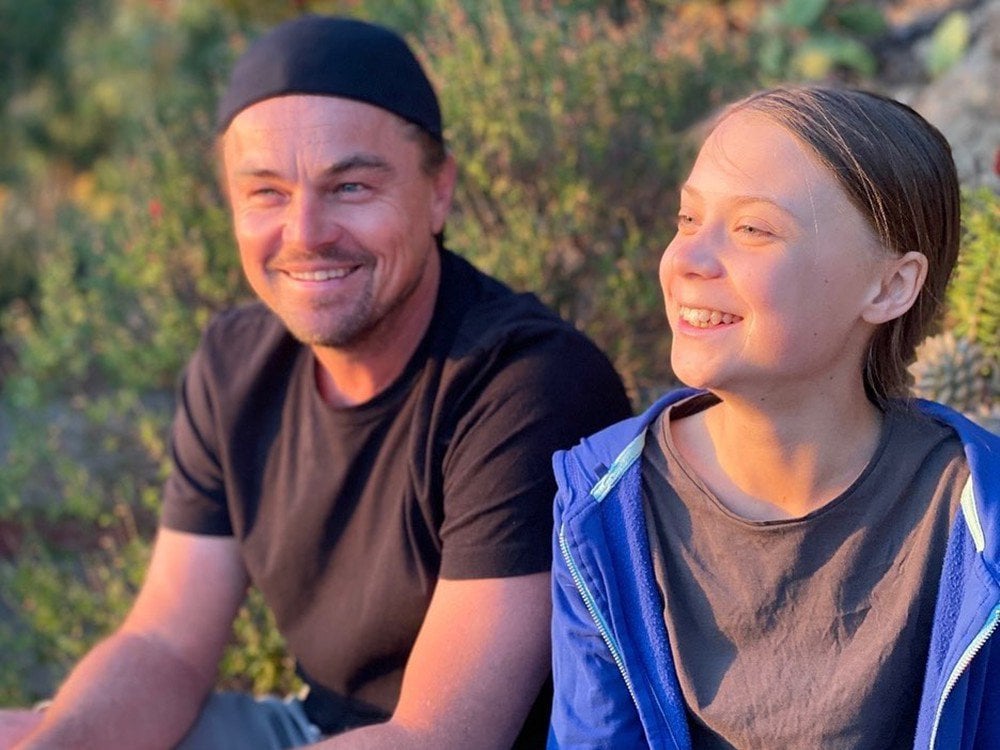 Greta has gained support from Leonardo DiCaprio, among others, since coming to the United States.  DiCaprio, a Climate Crisis activist in his own right, has posted their picture and commented about Greta’s leadership.  They’re becoming known as the “dream team.”

After attending the UN Climate Action Summit in New York, Greta has moved further into the continental U.S.  She took part in a Youth Climate Strike in Los Angeles with fires burning around the area.  She appeared on Ellen DeGeneres’ TV talk show and expressed the futility (“waste of time”) of talking to Trump.  She has been meeting other celebrities 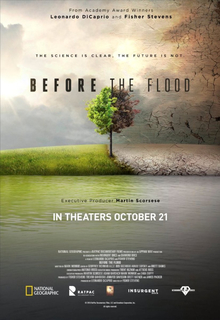 along the way.  Arnold Schwarzenegger has offered his electric car to Greta for her trip to Canada and she has accepted.

DiCaprio starred in and helped produce Fisher Stevens’ documentary called Before the Flood.  The film follows DiCaprio to five continents to witness the depth of climate change around the world.  It premiered at the Toronto International Film Festival in September, 2016 and was aired on National Geographic Channel that same year.  It was also aired at the Unitarian Universalist Church of San Francisco’s Sensible Cinema, in April 2017.

San Francisco is planning to keep the airport ahead of sea level rise by moving forward with a $600 million plan for protection against climate change well into the future. The wall will consist mainly of interlocking steel pilings that will be driven into the muddy perimeter of SFO.  There’s already an existing three foot barrier and this new structure will add another five feet of height for protection that is hoped will be high enough for this century.  It is predicted sea level will rise about one foot by 2050 and three feet by 2100.  Other airports in the Bay Area are considering similar measures.

The Climate Accountability Institute came out with a new report about 20 companies being responsible for 35% of the energy-related emissions since 1965. Among the top polluters are Saudi Aramco (one of 12 state owned companies, 4% of global emissions), Chevron (the largest investor-owned polluter), and ExxonMobil. Others include Shell, BP, and ConocoPhillips.

The Guardian makes the year 1965 even more significant, in a Nov. 2018 report by DeSmog Blog citing the speech from the American Petroleum Institute’s (API) president, Frank Ikard, to the API annual meeting that year. Ikard cited the research by President Johnson’s Science Advisory Committee titled “Restoring the Quality of Our Environment”. His speech became part of the public record recognizing fossil fuel companies are adding CO2 to the atmosphere and quoted the report’s statement that, “…there is still time to save the world… time is running out.”

The industry continues to ignore science reports and continues to profit as we are trapped in their scheme of making sure there are “no stranded assets” — the oil companies’ promise to its shareholders that all of the oil will come out of the ground and be sold for profit. 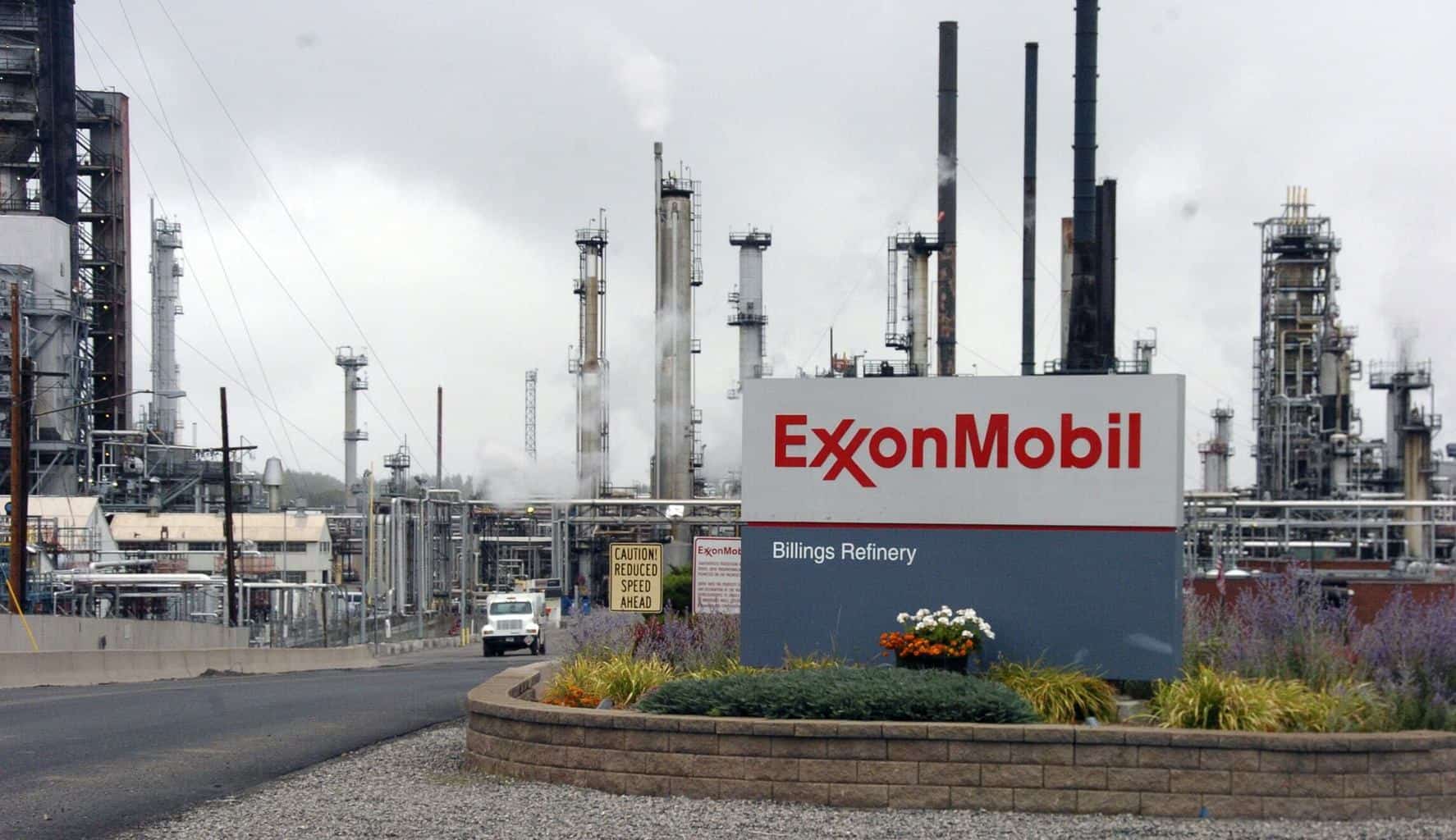 slightly different types of charges against ExxonMobil.  New York alleges the company is defrauding its investors with two sets of books and Massachusetts makes accusations of deceptive advertising and actions that threaten the world economy.   Both states allege questionable business practices and defrauding the public on climate change.

The company took out large ads as “advertorials” spreading false and misleading information about climate change starting in the 1980s.  The two trials focus on the company’s own climate research dating back to the 1950s and how they were well aware of the dangers of fossil fuel emissions.

The company’s dual bookkeeping practice uses one system to highlight the cost of carbon while the other portrays burning carbon-based fossil fuels as not a problem.  They explained that away to shareholders using accounting jargon to cover all bases.  It appears that ExxonMobil had forseen that entities, at a later date, would someday be demanding damages caused by climate.

In the photosynthesis cycle plants take CO2 from the atmosphere as “food”, store the carbon as cellulose (wood) and release some oxygen back into the atmosphere:

A forest is considered a carbon sink if more carbon is absorbed from the atmosphere than it releases.  A forest also can be a carbon source when it releases more CO2 than it absorbs usually in the form of burning trees and decaying wood. They can shift from a sink to a source depending on how they are treated and used.  Forest fires and insect infestations can make the difference as to what the net CO2 balance is in any given year.

Fossil fuels (oil, coal, & gas combustion) are carbon-based substances which were all stored underground and now being released into the atmosphere as CO2.  American forests store 14% of the country’s emitted CO2 and are, in totality, considered a carbon sink. Over the last forty years forests have absorbed about one-fourth of the world’s CO2.

A single tree (varies depending on the type of tree) can take in as much as 48 pounds of carbon dioxide per year and can store (sequester) one ton over a 48 year life span. On the global level 19 percent of the carbon in the earth’s biosphere is stored in plants and 81 percent is stored in the soil.

There have been many attempts at reforestation in parts of Africa, including a project to halt desertification, called the Great Green Wall.  Success has been limited but much has been learned.  A new practice of embracing tree-planting with agricultural land called Agroforestry is taking hold and supported by the UN Climate Summit.  NGOs have teamed up with farmers in a huge project called the Grand African Savannah Green Up.  It uses a new concept of farmer-managed natural regeneration (FMNR) that’s being used to regenerate forests in places that have long since cleared the land for other purposes.  The Green Up project is touted by the NGOs as “the biggest land restoration project ever seen.”  12 million acres of land in Niger have been somewhat “regreened” by Great Green Wall project  and  now a newer version of that effort is taking hold.

The nonprofit environmental science and conservation news source called Mongabay (www.mongabay.com) reported on the concept of FMNR in 2018.  It offered some climate change mitigation techniques along with restoring degraded soils.  Soil scientists interviewed offered explanations of the benefits of regreening forests. London is the center of activism by the British organization, Extinction Rebellion (XR).  Calling for an International Rebellion, they planned a massive protest starting on Oct. 7, in London with encampments in Trafalgar Square and Parliament Square. It lasted for almost two weeks and ended on Saturday, Oct.19. The International Rebellion happened with demonstrations in many big cities with London as the focus.

XR’s statement to the world goes like this, “To governments of the world, we declared a Climate and Ecological Emergency. You did not do enough. To everybody else, rebel.”  They have three demands of government:

The XR International Rebellion took place from Oct. 7–19 as planned and several thousand activists took over five bridges and occupied five political-power sites in London.  While it ended on a sour note with activists being pulled off transportation train cars by riders, they did disrupt “business-as-usual” for a few days.

PG&E has started the process of permanently taking a small part of a prominent vineyard in Napa Valley for supporting and testing its Liquified Natural Gas flow. Terry Gard owns 63 acres in Calistoga and PG&E has its sights on acquiring about 1.4 acres as an easement or by eminent domain for an LNG testing facility.

This is part of an expansion project and update of an aging north-south pipeline through the valley. The project is slated to begin on March 1, 2020 and will take two years.  It is described as an LNG plant with tanks and testing equipment.  PG&E says it eventually wants to also build a below-ground “connection point” for supplying gas during outages.

The young Dutch seafaring entrepreneur, Boyan Slat, has returned after a brief respite to make repairs and modifications to his huge, unwieldy, plastic-trapping device.  He is now using System 001/B, a modification of System 001/A that broke apart in the Pacific earlier this year.

This time there’s good news from the Great Pacific Garbage Patch. The device is designed to collect all debris from microplastics to larger items like fishing nets, chairs, clothing, etc.  It is working much better than the previous version and even collecting plastic pieces as small as 1 millimeter in size.

There’s a new version being worked on in the home lab called System 002 that will be even more efficient and endurable.  The whole thing consists of a boom-lined dragging curtain that floats naturally along with the current and has a parachute dragging anchor to slow it down allowing faster moving particles to get trapped into the system.  The object is to trap as much as possible and to recycle the plastic to presumably help pay for the project. 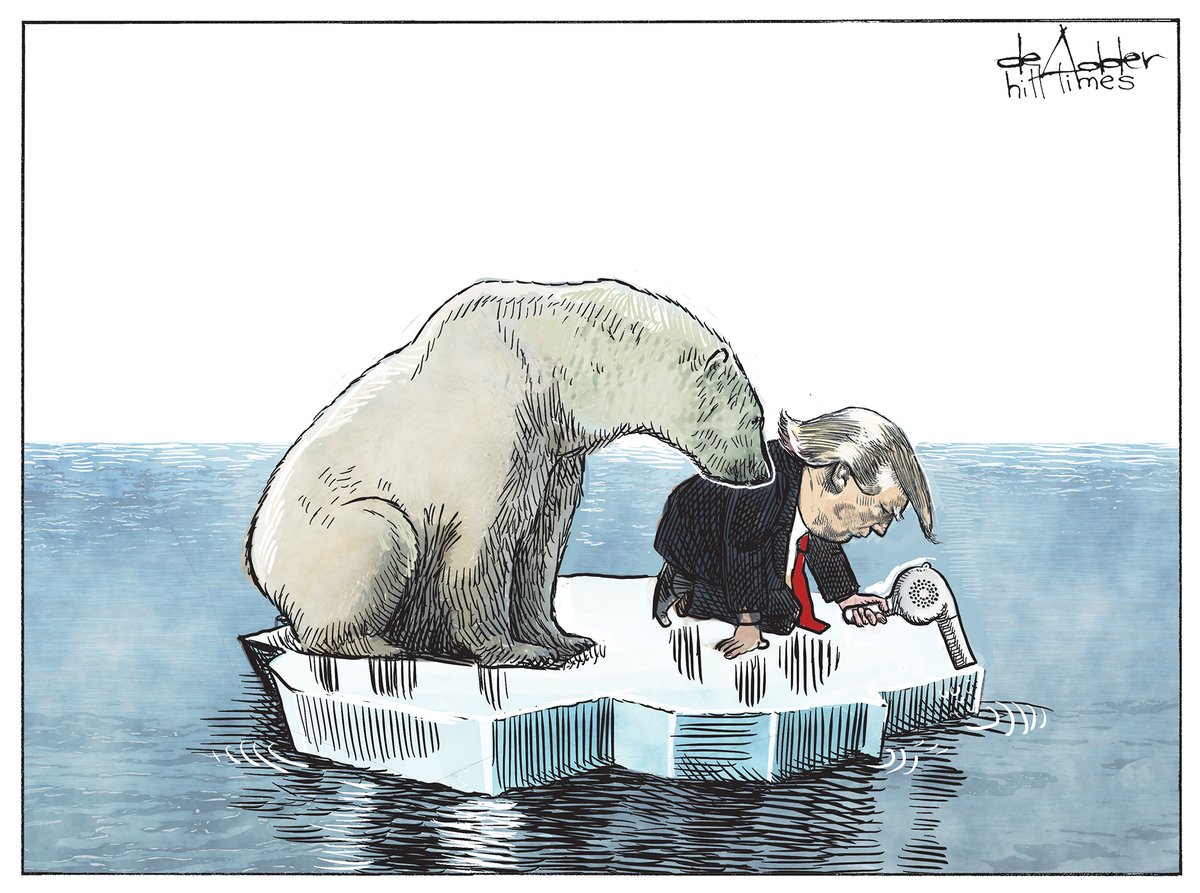