Scientists studying the West Antarctic sea ice shelves have always had difficulty in the icy waters investigating something called the Circumpolar Deep Water (CDW) around the coast of Antarctica, so they have enlisted the aide of local sea lions with transmitters attached to their heads.  The sea lions have covered about 58,000 sq.mi. of undersea territory nicely and are bringing back valuable data about melting glaciers and sea ice. The map shows how precarious the Pine Island Glacier is, being undercut by warmer water.

The melting of ice sheets floating on the surface of the ocean make little difference to sea level rise but glaciers on Antarctic land surfaces attached to the sea ice could account for close to ten feet of seal level rise if they melt.  The value of this type of research is not to be underestimated.  It is shedding light on the seasonal circulation patterns in the CDW and will give us information about when dramatic changes in sea level will occur – vital to our survival on the planet.

The United Nations Framework Convention on Climate Change (UNFCCC) met in Bonn from April 30 – May 10, as a followup to COP 23 (also in Bonn) last year.

UN Secretary General Antonio Guterres called for scaling up the amount of investments in clean, green infrastructure on a global level.  He recognized the Paris Agreement will not be enough and that more ambitious targets are needed.  He soberly framed the essential nature of these conferences, since climate change poses an existential threat to the world as we know it and will exacerbate all other challenges.

Prime Minister Justin Trudeau has announced the purchase of the Trans Mountain Pipeline from Kinder Morgan in a bold and somewhat desperate attempt to complete the construction from Edmonton, Alberta to Burnaby, British Columbia so that Tar Sands Oil can be readily shipped to Asian markets.

The cabinet approved the deal for $4.5 billion (Canadian), which includes the pipeline and related infrastructure.  The Houston based company, Kinder Morgan showed signs of pulling out of constructing the pipeline after problems with environmentalists and First Nations tribes arose. The Prime Minister was accused of not doing enough to handle the pipeline opposition.

Trudeau looks at this new deal as key to actually cutting Canada’s emissions.  Since the Canada’s economy is dependent on oil and the nation has a carbon tax, his logic is that a responsible pipeline is needed to keep things flowing.  Apparently the carbon tax is key to his economic plans and making the oil readily available makes this all possible at a reasonable cost.

Scientists expressed concern that this plan is in opposition to the nation’s commitment under the Paris Climate Agreement – to cut emissions 30% of 2005 levels by 2030.  The new pipeline will nearly triple the existing capacity of oil flow from the Tar Sands sending the wrong message to the world that Canada will continue to be a major world producer of oil and, at the same time, claim it’s cutting emissions.

US District Court Judge Vince Chhabria ruled against the Oakland City Council on lacking “substantial evidence” that trains laden with coal moving through Oakland would endanger public health.  The city’s environmental experts were severely criticized for their inadequate report with gaps and errors.   Their report did not properly address mitigation measures that the company might take like rail car covers and other measures to prevent coal dust blowing into neighborhoods.

The ordinance to ban coal in Oakland is not invalidated by this ruling and the city can now appeal that decision.  Presumably the shortcomings will be bolstered in the process. 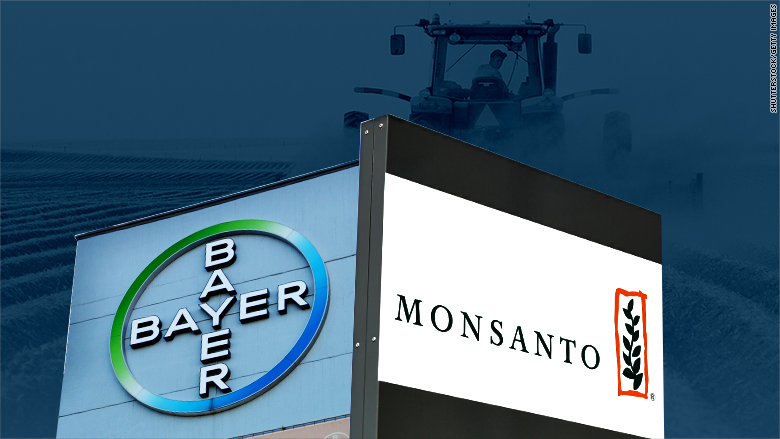 The mega-merger between these two giants took a big step forward with the approval by the U.S. Dept. of Justice.  The German chemical conglomerate Bayer is purchasing Monsanto to create one of the world’s largest agricultural product manufacturers.  Both of these companies are already well-known for their pesticides — Bayer produces Neonicotinoids, known for killing bees, and Monsanto for their most prolific product, RoundUp, with Glyphosate as the active ingredient.

A main issue is the concentration of agricultural power in the hands of fewer companies along with the use of Genetically Modified Organisms (GMOs) to exercise global control over agricultural enterprises at the expense of farm innovation.  With farmers forced to patronize these corporate seed and pesticide businesses it’s feared this will stifle smaller farms, and especially growing of organic fruits and vegetables.  Agribusinesses also fund university research to support their enterprises.

The DOJ, in looking at antitrust issues, required Bayer to divest of $9 billion in seed and herbicide assets to protect farmers’ seed prices.  The divertiture does little to protect farmers from being controlled by these corporations.  If the merger is completed this will mark the third takeover or merging of huge companies in recent years with Dow & DuPont and ChinaChem & Sygenta mergers, both in 2017, which would trim the large agribusinesses to only four companies:

Corporations Seeking to Hijack the Delta Tunnel Project from Californians

Several corporations have contributed to the author of a rider (Ken Calvert, R-Corona) to an Interior Dept. (DOI) spending bill that would exempt the California Water Fix from any sort of litigation. This is an end-run attempt to allow construction of the tunnels, and allow bottled-water corporations to have more say in Gov. Brown’s Water Fix than the people of California.

Congressman Calvert serves the Metropolitan Water District of Southern California and is taking funds from these corporations to ensure water can be taken from our Sacramento – San Joaquin Delta in the North and allow it to be readily moved South, to the detriment of the Delta.  This rider will be part of the DOI’s 2019 spending bill that is set to be approved soon.

It would allow the State’s Dept. of Water Resources to send water southward without legal challenges.  The fear of a future conservative government would favor big growers in the south over the Delta’s smaller farmers and fishermen, and increase environmental impacts to the Delta and the SF Bay.  (Leave a comment to Restore the Delta.) 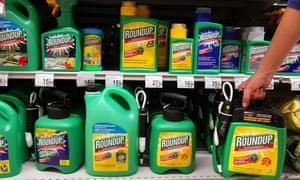 DeWayne Johnson, a Californian who worked as a groundskeeper in Benicia and is a cancer victim, will take the stand against Monsanto on June 18, in San Francisco.  He is accusing the company of suppressing evidence that the herbicide RoundUp causes cancer.  His attorney claims Monsanto “hid the risk of cancer and polluted the science.”

Monsanto lawyers will use their own evidence to show that other factors caused Johnson’s cancer.  The company maintains that Glyphosate is safe and that it’s essential to follow the label instructions, which are quite complicated.  The California Dept. of Pesticide Regulations reports violations by those who failed to follow label instructions.

Mike Stoker, a most troubling appointee of the Trump Administration, is a Republican lawyer from Santa Barbara County who served on that county’s Board of Supervisors.  He advocated for off shore oil drilling and was the spokesman for the oil company that was the source of several off shore oil spills.

He will not move to San Francisco where the West Coast EPA (Region 9) office is located but, instead, will supervise from a smaller EPA office in Los Angeles.  Sen. Diane Feinstein has written a letter of concern to Scott Pruitt regarding the new Administrator’s “absentee” status as a director of a regional office. 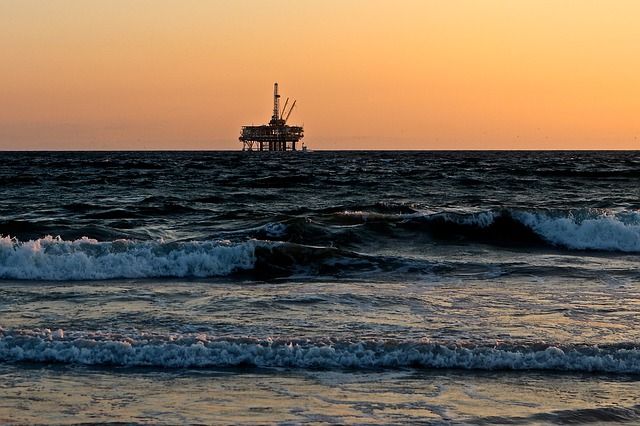 There are several bills advancing in the State Legislature to safeguard California’s diverse coast from oil drilling and spills.  Trump and the oil industry are determined to carry out their plan and are actively trying to stop these bills:

Ozone Layer Once Again in Danger from CFCs

A National Oceanic and Atmospheric Administration (NOAA) study has revealed “an unexpected and persistent increase” in Chlorofluorocarbons (CFCs), known for destroying ozone in the atmosphere.  CFCs became an issue in the 1980s and were banned by treaty under the Montreal Protocol in 1987.  Now the gas concentrations seem to be on the rise again.

The particular chemical is called CFC-11 and is showing up for the first time since the late 1980s.  Measurements show that there was a constant concentration from 2002 to 2012 and saw a 50% decrease in the year 2013.  In 2014 – 2016 there was an increase of 25% above the measured concentrations from 2002 – 2012.  While CFC concentrations are decreasing in the atmosphere, they are not eliminating the “hole in the Ozone Layer” at a previously predicted rate.  The latest CFCs are believed to be coming from some mysterious new source. 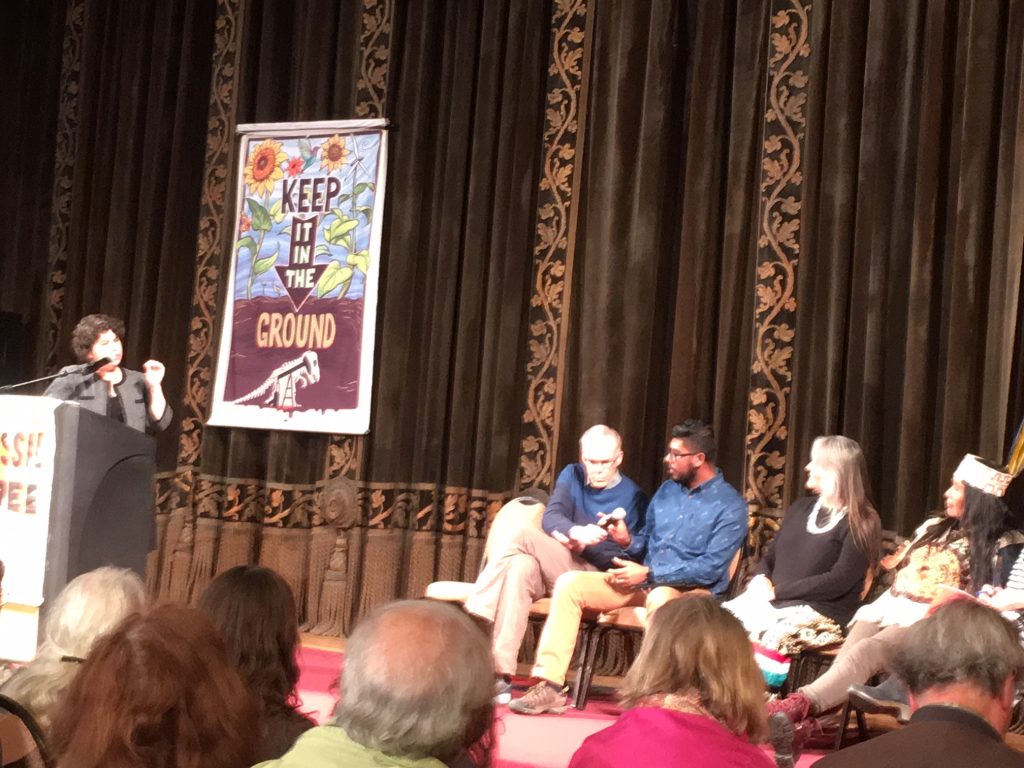 The Summit was billed as a conference of community and climate leaders, and took place in the Scottish Rite temple near Lake Merritt on Monday, May 14.  It focused on California’s role as a national or global model for transitioning from fossil fuels to 100% renewable energy. The speakers embodied those already working tirelessly within some of the related issues.  Bill McKibben’s opening message was very poignant and was meant to guide us toward a fossil fuel free future.  He also responded to the 3.1 M earthquake centered in Oakland that shook the meeting hall immediately before he spoke, and which had attendees giggling nervously.

The Summit ended with a discussion on a vision for the future.  The recommendation to Governor Brown, for his last months in office, was to do all he can to start California on the path from a major oil producer to the model poster-child for mitigating climate change.

Governor Jerry Brown has seen to it that the State meets its climate commitments to future generations, putting California on the path to 40% reduction in CO2 emissions from 1990 levels by 2030.  The new standards were adopted by the State’s Energy Commission and don’t require legislative approval.  The new standards also require updated insulation updates.

Criticism revolves around the increased costs but it puts California as a national leader in pointing the way to the future.

The House passed the Nuclear Waste Policy Amendments Act (HR 3053) with bipartisan support, 340-72.  In 1982, Congress approved the Yucca Mountain site as a potential site along with several others.  In 1987, when costs to study multiple sites were deemed too costly, Congress designated Yucca Mountain as the only site in the U.S. to store spent radioactive waste from nuclear power reactors.  The people of Nevada and leaders like former Senator Harry Reid, were vehemently opposed and the site has been on hold ever since.

It’s located 90 miles from Las Vegas, in a remote area claimed as Native American sacred land, and has over 30 geologic faults passing though the area. 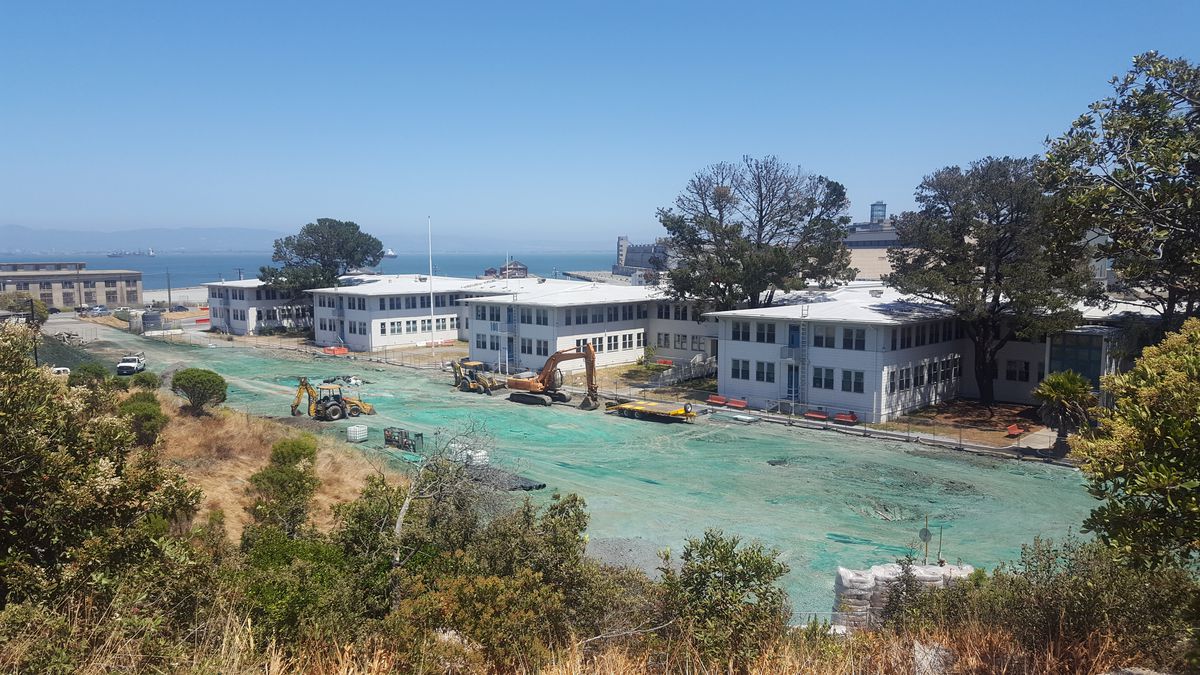 Two TetraTech EC supervisors admitted to fraudulent sampling and were sentenced to prison terms and fines.  This is part of a continuing investigation into the company’s data collection technique as it went about documenting the Navy Superfund site used for radioactive research and disposal dating back to World War II.  Part of the land, known as Parcel A, transitioned from the Navy to the City, where the largest redevelopment project in San Francisco’s history is taking place.  Over 300 affordable homes are occupied already and the possible contamination weighs heavily on the minds of residents and officials.