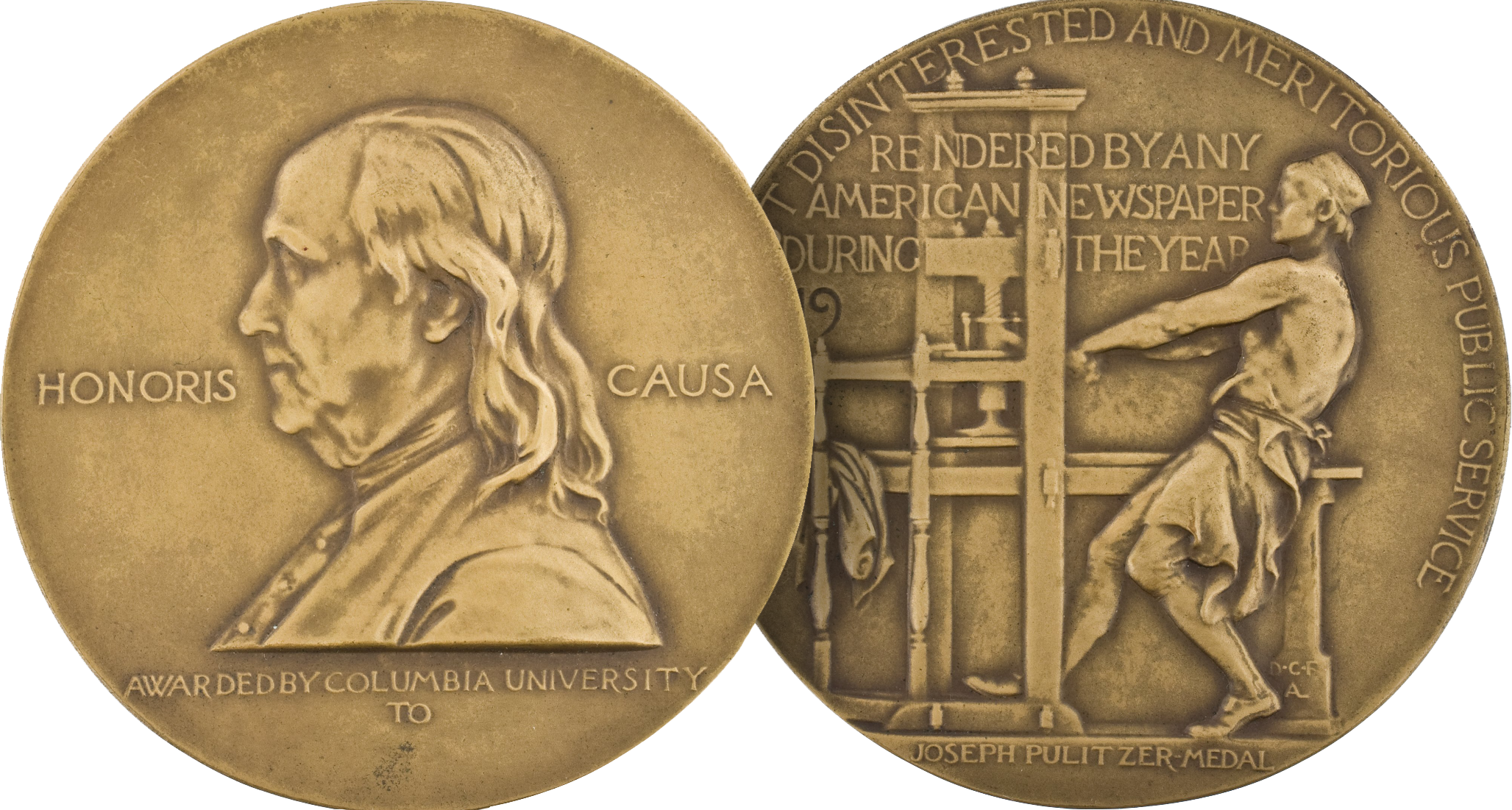 Journalism about Climate Change had a strong showing at the Pulitzer Prize this year, especially among the mainstream news reporters. The press is of utmost importance in getting the word out to the public.  For years the press was criticized for not doing enough to tell the story of climate change, but that is no longer the case. This year’s Pulitzer Prizes is a testament to how that has changed.  Here is a list of those news series/stories recognized this year: 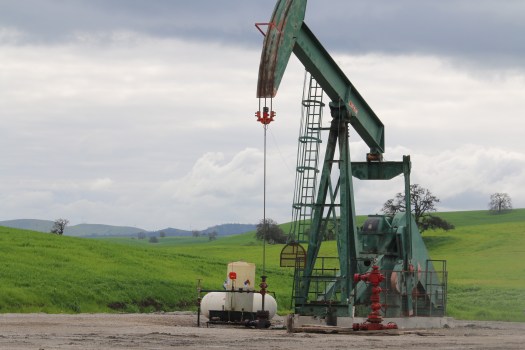 East Bay environmental activists from Sunflower Alliance are following up on a drilling company’s request to drill for oil or gas in an agricultural zone in rural Contra Costa County near Brentwood.  The drilling company, Powerdrive Oil & Gas Company, has submitted a proposal to the county to drill three exploratory holes at a former major oil production site in that area.

The production site was formerly known as the Brentwood Oil Field and at its peak in the 1960s produced 10 million barrels of oil.  Shell Oil Co. and Occidental Petroleum Corp. had about 50 drill rigs in that area and it became California’s highest producing oil field.  Most of the wells were oil producing but many were gas wells.  Although production ceased in the 1990s, the company believes there may be oil reserves left in one area.

It’s suspicious that the company’s approval request was placed during the county’s Coronavirus-shutdown and might have gotten through the process without public comment.  The proximity of the wells makes for a health hazard to a major Brentwood subdivision, a high school and a Kaiser Hospital.   At a time when California is looking to curtail fossil fuel production due to climate change, this oil drilling company seems to be making sure there are “no stranded assets” in Contra Costa County.

Sunflower Alliance and other community organizers have managed to extend the comment period and draw attention to this site.  You can submit a comment to Contra Costa County through the links in this piece.

Agriculture and Forestry, as practiced in the U.S., has been the largest emitter of CO2, amounting to about 25%.  Now there is a new, holistic type of land management that improves soil health through increasing soil organic matter.  It involves crop growing and grazing practices of typical farms that mitigates against climate change!  It brings together an awareness of photosynthesis and water percolation through the soil that prevents soil degradation while sequestering carbon.

It adheres to a latter-day practice of using minimum soil tillage that has been proven to degrade soils. Soil regeneration practices include:

It steers away from unhealthy mono-culture systems and artificial fertilizers and chemicals.  It improves grazing practices that enhance plant growth, increases soil carbon deposits, and improves soil fertility along with insect-plant biodiversity.  It also sequesters carbon into the soil and reduces water pollution from runoff.

Regenerative agriculture fits well with farmers dealing with changes in climate while mitigating against climate change by sequestering carbon.  It does that through photosynthesis, taking CO2 from the atmosphere, using the sun’s energy, water, and soil nutrients to grow plant leaves, stems and roots. Excess carbon production is transported down into the soil for storage. This healthy soil process with CO2 is not widely used and has been lost in current agricultural practices.  Tillage or plowing of soil tends to release the carbon back into the atmosphere.

Some big food brands are making the transition to this practice.  General Mills has not only made the transition but is partnering with organizations that will help educate and develop resources for farmers.  The Rodale Institute has been publishing information on ‘regenerative agriculture’ since the 1980s. While regenerative agriculture is not the same as organic farming it does go beyond organic, adhering to non-chemical, non-GMO farming but also paying more attention to soil ecology and biology.  The technique developed out of observing nature, and uses environmental science to develop a more natural system for crop farming and livestock grazing.

The EU Commission introduced a €1.85 trillion recovery plan that focuses on Green New Deal initiatives proposed last November when the European Union voted to recognize the climate crisis facing the world.  It’s a growth strategy that uses its own Next Generation EU recovery instrument.  It’s designed to turn the challenges they face in the aftermath of CORVID-19 into opportunity by supporting and investing in a new future.

The EU’s energy commissions had collaborative input into this plan and are in general approval. Greenpeace has spoken out against it as being too reliant on natural gas and coal. The plan includes many beneficial environmental options such as taxes on single-use plastics and home renovation ideas, but fails to give strict conditions on carmakers and airlines.

The Biden campaign is setting up a climate change task force that will feature Alexandria Ocasio-Cortez and John Kerry as co-chairs. Biden recognizes the existential threat posed by climate change and this is key to his official bold campaign called “Clean Energy Revolution.”  He is now endorsing the Green New Deal as an important framework for meeting the challenges of climate crisis.

Ocasio-Cortez and Biden haven’t been in total agreement on such things as the “Green New Deal” but she is apparently willing to work at coming to terms on this issue while staying true to her Climate Justice community.

Other panel members will include Varshini Prakash, co-founder of the youthful Sunrise Movement, Representative Pramila Jayapel (Rep. D-WA), sponsor of the “Medicare for All” bill (Biden opposed Medicare for All), Prof. Stephanie Kelton, professor of Public Policy and Economics and former adviser to Bernie Sanders.

Here’s an outline of the Biden Plan:

The Brighter Side of the Pandemic

The Coronavirus pandemic is revealing some unintended consequences. The air is getting cleaner throughout the world – New Delhi, Beijing, Rome, New York, Los Angeles are all showing dramatic air quality improvements.  Pollutants such as Nitrogen dioxide have improved 30% in the northeast U.S. and 49% in Rome. Pollution is down all over the world, most dramatically in India and China. Views of the Himalayan peaks are being seen for the first time   by people in India’s Punjab.  Even stars are now being seen clearly in many places.

A one-month study of Europe’s air quality reveals the pandemic is credited with 11,000 fewer deaths due to air pollution – air pollutants are reduced by 40%, PM 2.5 (Particulate Matter 2.5 microns in size) is down by 10%.  These two types of pollutants are responsible for 470,000 deaths in Europe per year.

It seems when people stay home the earth gets cleaner and wilder. Some of the other unintended consequences of the Coronavirus are animals are appearing in unlikely places:

Thailand is reporting the largest number of leatherback turtle nests in decades. They are on two beaches that would normally be packed with tourists and fishermen. The leatherbacks are the largest sea turtle and were listed as a vulnerable species. They lay their eggs only in quiet and dark places which is testament to people staying home during the pandemic.