It’s global, national and local.  Thousands of people are gathering for a week of bringing attention to climate change because not enough is being done about it.  In San Francisco:

Other events will occur before and during that week including several Non-Violent Direct Action trainings and meetings by the local groups (see web sites).

Greta Thunberg, the renowned teenager from Sweden, arrived in New York on Wednesday, Aug. 28, in a climate-friendly sailing vessel.  She is now bringing her climate message to the United States.  September is the month of the Global Climate Strike and she will be taking part in many rallies and celebrations.

Alaskan sea ice has been completely disappearing in recent years but never so early in the summer.  This year Arctic sea ice has reached record lows in terms of ice volume and disappeared altogether with the July record temperatures. The ice is expected to return in the fall but leaves scientists wondering how much will come back and could this be the “new normal” leading to a very different Arctic than humanity has ever seen.

The changing sea ice is having a profound effect on marine ecosystems.  Each year when ice melts marine algae from the ice fall into the sea.  The algae support plankton and other smaller sea animals.  This is food that supports larger species on up the food chain.  Reduced sea ice is a sure sign the oceans are warming and implies larger problems ahead on a global level. 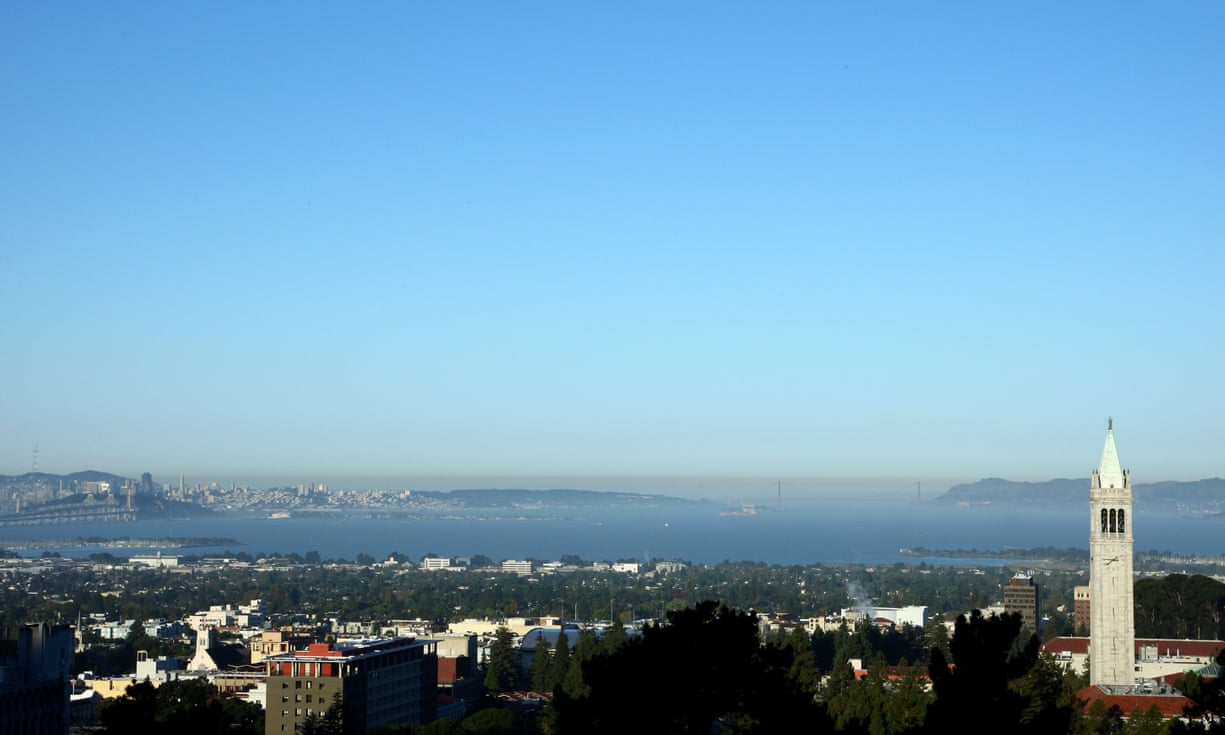 As of last month, the City of Berkeley became the first city to ban natural gas in new buildings.  Other cities and countries have also been looking at such ordinances.  In California, San Francisco, San Jose, Petaluma, Santa Rosa and others are, at least, studying phasing out natural gas.  Cities with many high rises like San Francisco aren’t as easily adaptable to all-electric power systems.

Buildings account for about 25% of California’s green house gas emissions.  California’s law, SB 100, signed by Jerry Brown a year ago requires California to be 100% electric by 2045. 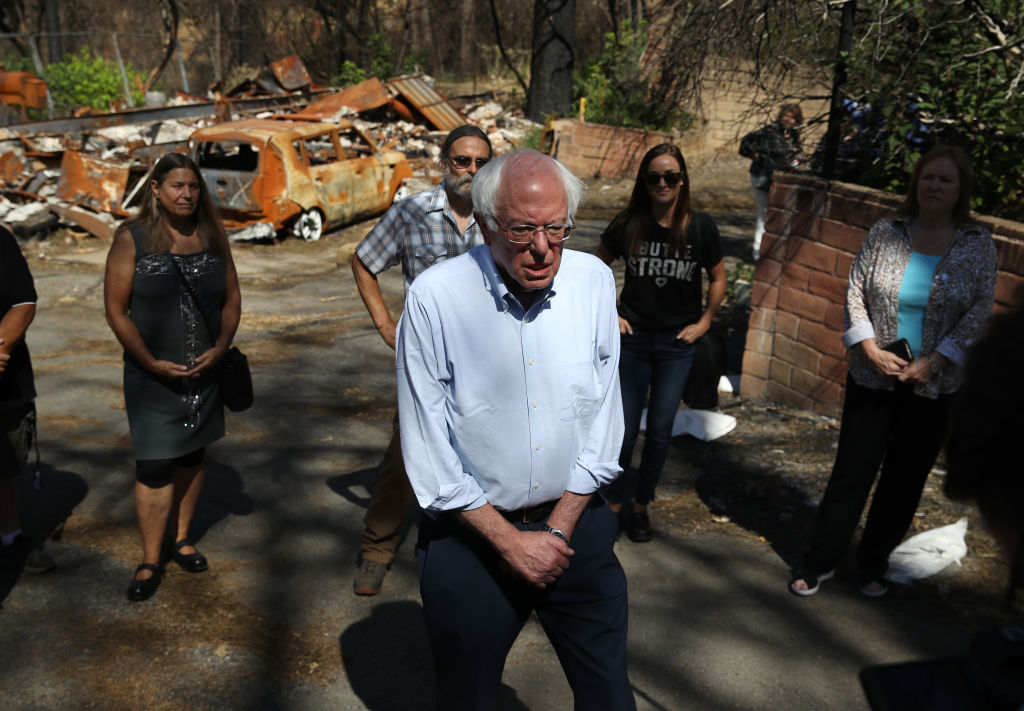 While visiting Paradise, CA on Aug. 22, Bernie Sanders made official his economic plan for the future.  The plan is as ambitious as the one Franklin Roosevelt put forth in his WWII effort to restructure the economy and win the war.

I.  Transform our energy system to 100 percent renewable energy and create 20 million jobs.

II. End the greed of the fossil fuel industry and hold them accountable.

III. Rebuild our economy and ensure justice for frontline communities and a Just Transition for workers.

Politics is Burning the Amazon

These are not wildfires like those in California but are mostly man-made.  In Winter (our Summer) is when traditional burning occurs in South America since it’s the dry season.  This year it’s far from normal with thousands of fires.  It’s estimated land the size of one-and-a-half soccer fields is destroyed every minute.  Indigenous lands are seriously threatened.

The shear size and number of burning locations have made this an international issue.  Brazilian president Jair Bolsanaro took over in 2018 with promises of restoring the economy of Brazil and exploiting the Amazon as his centerpiece.  He has relaxed environmental controls and cut the nation’s environmental budget.  In his pro-business style he has emboldened the large farmers, loggers, and ranchers to seize control of rain forest land, and he blames retaliatory fires on NGOs working in and around the Amazon.

The Amazon fires became an issue at the G7 Summit in Biarritz, France, Aug. 24 – 26.  Trump attended with his usual flair and was not made welcome to many of its sessions.  He did not personally attend the climate & biodiversity session, which dealt with the fires. Apparently members of his team did though.  The G7 agreed to help fund the fire-fighting effort with $20 million.

The DNC Shoots Down Climate Debate 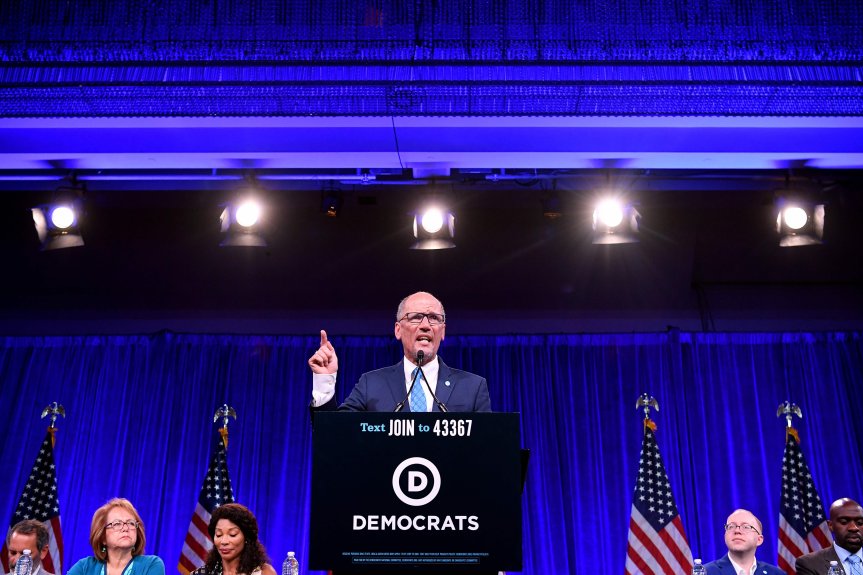 At the annual summer Democratic National Committee (DNC) meeting held in San Francisco, Aug. 23- 24, the DNC voted down an effort to focus one presidential debate event devoted entirely to the subject of climate change.  In a 222 – 117 vote, the conservative side of the Democrat Party prevailed under the leadership of the chair, Tom Perez.  The more progressive side, the Progressive Caucus, tried to rally the delegates to their side but came up short.

National Book Award winner Barry Lopez has a new book out, Horizon.  His award winning book from the 1980’s, Arctic Dream, gave readers insights into the far north ecosystems and threats.  His latest book, Horizon, is more involved featuring six chosen locations on Earth and a perspective on humanity’s dubious “accomplishments”.  He delves into “plight”, tragedies, and the emotional effects on the human psyche.  While it may sound gloomy, the book offers hope in a world facing more tragedies. The World Wildlife Conference on International Trade in Endangered Species (CITES) takes place every three years   The CITES Secretary General, Ivonne Higuero, emphasized the rapid pace of species extinction, and “business as usual” is not an option when it comes to international trade in animals and parts of animals, for example elephant tusks and rhinoceros horns.  It was noted that the last sale of ivory was in 2008, but about a hundred thousand elephants were killed since then.  It’s believed ivory is now stockpiled and sales can still take place at legal outlets.  The conference is addressing regulating animal trafficking in a world where pets like songbirds, big cats, turtles have all been sold on legal markets.