Stop the Development on Newark Marsh!, by Joseph Geha, Nov. 2020, The Mercury News 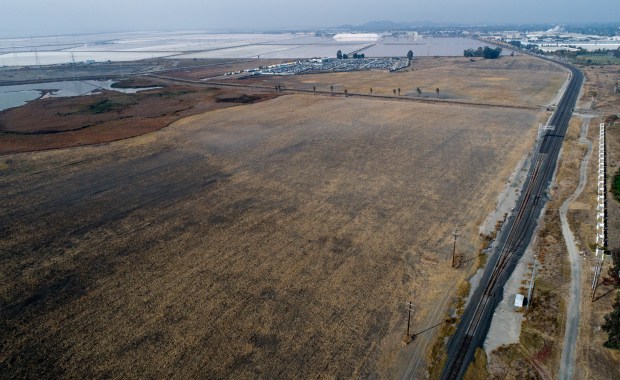 The city of Newark, California has approved a 469 unit “executive housing” project to be built on the marsh adjacent to the Don Edwards National Wildlife Refuge on San Francisco Bay.  The Center for Biological Diversity along with a citizens group called The Citizen’s Committee to Complete the Refuge (CCCR), filed suit to try to stop the project but the suit  has already been dismissed by a judge.  About a dozen other Environmental groups are opposing this site’s development. The issue will go next to the State Water Resources Control Board and the Bay Conservation Development Commission to determine if all government requirements are met.

Use this link to express your opposition to this project.  The CCCR is taking these comments to upcoming hearings.  Thank you for your help.

I.  From Biden’s Desk 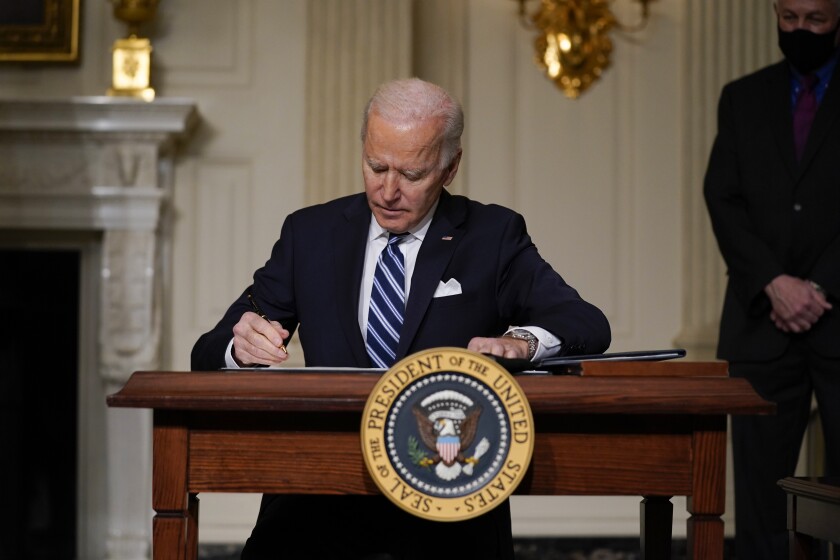 President Biden’s historically ambitious agenda is desperately needed and very much overdue.  He began on “Day One” with realigning the U.S. with the Paris Agreement and has not stopped writing or revoking executive orders, and writing his own memoranda to craft what appears to be a version of a Green New Deal.  His appointments of environmental leaders to his staff and cabinet speak volumes about his administration.  It appears that Environmental Justice will be front and center on his national agenda and climate change on the international agenda.  The Biden Administration is being described as a “whole-government” approach that will bind every agency to climate action and environmental justice.

In an effort to try to summarize the environmental news coming out of the President’s office, here’s a start.  It’s a growing list of environmental-climate actions that could be accomplished if things go well for the President:

There are a number of other issues still pending, for example, a job transition program to transition from fossil fuels to renewable energy sources; halting Trump’s effort to make regulation contingent on a sector’s emission ratings; reject Trump’s regulation regarding oil and gas leakage; the implementation of a “social cost” of greenhouse gas emissions.

II.  Climate Change in the News

A report by The Guardian features the latest information from ocean research published in the journal, Advances in Atmospheric Sciences.  It’s about ocean temperatures which have reached their highest levels in recorded history and the five warmest years occurred between 2015 and 2020.  93% of global heating is taken up by oceans which cover 71% of Earth but absorb thousands of times more heat than air does.  Reliable data goes back only to 1940 but the data does make a good case that oceans are at their warmest for 1,000 years and are heating up faster than at any time in the last 2,000 years. Extensive data is being analyzed from measurements mostly from the upper 2,000 feet where most of the heat accumulates. The report cited temperatures that are measured from 3,800 free-drifting Argo floats (cylindrical buoy devices with antennas) and other measuring technologies. The data shows progressively hotter temperatures with 2020 being the hottest year, surpassing 2019 by far.

*The graphic shows how one Argo float measures temperatures at various depths over about 10 days. Salmon runs, that in the past brought millions of fish to the rivers of California that were intricate to the state’s ecosystems, seem to be missing today.  Animals like bears, wolves, eagles, and much more were sustained by the annual salmon runs throughout California’s rivers.  Migrations of people into the state from the early 1800s onward, have been harmful to all animal species and especially to the salmon migrations.  Dam-building, mining, agriculture, and discharges to rivers have all been mighty forces working against the complex salmon life-cycle.

There are farmers that have been working with biologists and water regulators for a number of years to come up with a better plan to coexist with river inhabitants.  Rice fields have for many years been used as flooded wetlands during the off-season winters to encourage bird migrations.  One individual, Jacob Katz, chair of the Central Valley nonprofit, California Trout, has figured out a way that the same agricultural cooperation can lend itself to benefit the fish.  The plan is to connect the Sacramento River with flood plains at determined access points along the river to allow baby fish access to rice fields.  Fish food pumped from a hatchery into these flooded-field habitats would supply the baby fish with necessary food as they make their way toward the ocean.

Over the past five years power storage projects have leaped from 20 megawatt to 300 megawatt facilities, which means a new era in energy storage has arrived. The growing demand for renewable sources of energy along with the lower cost of lithium-ion batteries have a lot to do with this. The energy storage industry is in its infancy and is still working out the details regarding production costs and electricity prices.

Energy storage facilities are measured by the amount of energy they can produce before recharging is necessary.  A megawatt is the unit of measure for how much power can be produced at a time and megawatt hours is a measure of how long electricity flows to users before a recharge is necessary.

Many different designs are being considered by other facilities around the U.S. that could actually be part of the Just Transition requirement of Biden’s plan.