I. A Very Important Confirmation

Deb Haaland’s Confirmation to the Department of Interior, by Judy Fahys, Feb. 22, 2021, Inside Climate News

The confirmation of Deb Haaland as Secretary of the Interior is living up to its predicted contentiousness.  Senator Maria Cantwell (D-WA) has said that Haaland’s nomination is the “proxy fight for the future of fossil fuel.”  It has been a struggle and has left some doubt as to whether she’ll be confirmed.  She has forthrightly stated that she would carry out Biden’s agenda.  Senator Joe Manchin, the moderate Democrat from West Virginia and head of the Senate Energy Committee, recently came out in favor of  Ms Haaland’s confirmation.  That, at least for the moment, puts the confirmation on a stronger footing.  Deb Haaland is a New Mexico Democrat, a Native American from Laguna Pueblo and she has served in Congress since 2019 on the House Natural Resources Committee.

On a more personal level, she turned 60 years old in 2020, and is a single mother.  She earned a degree in English and studied law at the University of New Mexico.  Ms Haaland worked for the Democratic Party of New Mexico from 2012 to 2017, serving as chair 2015-2017.  She also ran for Lieutenant Governor of New Mexico in 2014, losing to a Republican.  In 2018 she ran for and won a seat in the House of Representatives.  She has a history of being an environmentalist and has come out against fracking and drilling on public lands.  She also participated with the Standing Rock Sioux protesters in North Dakota in 2016.

Ms Haaland sides with President Biden’s campaign promise, “30X30”, to protect 30% of U.S. land and 30% of its marine areas by 2030.  According to the National Resources Defense Council it’s a necessary part of dealing with climate change and securing nature’s support systems.  She is committed to managing resources and lands of the DOI with mindfulness of climate and justice.  Her stances on Endangered Species and habitat restoration and banning fracking on public lands are well known.  She will be overseeing 245 million acres of BLM land.  The Secretary of the Interior will manage such National Monuments as Bears Ears and Grand Staircase Escalante under Biden’s plan.  Part of the DOI agenda will be halting three harmful activities: oil leases in the Arctic National Wildlife Refuge (ANWR), leases in the Arctic Petroleum Reserve, and leases in other offshore areas.

II.  Climate Change In The News How is it that global warming can possibly generate such cold winters?  Climate science data tells us that the Earth’s climate is getting warmer but we’re experiencing record breaking cold winters.  There are forces at work:

Extreme weather is becoming more common as the climate warms.  It doesn’t have to warm very much, even a fraction of a degree is enough to cause severe weather.  In addition to the polar vortex, explained above, there are more forces at work:

The cause of all this climate/weather chaos, as we have been informed by scientists for the last 40 years, is the accumulation of greenhouse gases in the atmosphere during more than a century of burning fossil fuels.  What has no viable explanation is the lack of political will to implement a phase-down of fossil fuel energy production along with a complimentary expansion of renewable energy.  Some higher level effort is coming about under the Biden-Harris regime.

An Astonishing Trip into Earth’s Geologic History, by Peter Brannan,  March, 2021, The Atlantic

Peter Brannan, the author of the article in The Atlantic titled “The Terrifying Warning Lurking in the Earth’s Ancient Rock History,” created a running narrative of the Earth’s Geologic record.  It provides a perspective of where we are today by way of the millions of years getting here and where we’re taking ourselves in the future.  Brannan takes us on an unusual trip into the past to produce a magnanimous vision that horrifyingly enlightens us. His grasp of Historical Geology is phenomenal.

The author quotes from the Exxon scientist, James Black, who in 1977 warned the oil companies of the impending disaster that would result from burning fossil fuels.  Brannan then takes the reader on a roller-coaster ride through 50 million years of geologic wonders, showing how the shaping forces have placed our physical world in front of us.  He makes it clear that in our brief presence on Earth humanity has increased the rate of warming, mostly during industrial-humanity’s existence, and has surpassed any past natural changes.  Mr. Brannan ends with humanity standing naked in front of the beast of our own creation with no place to hide. 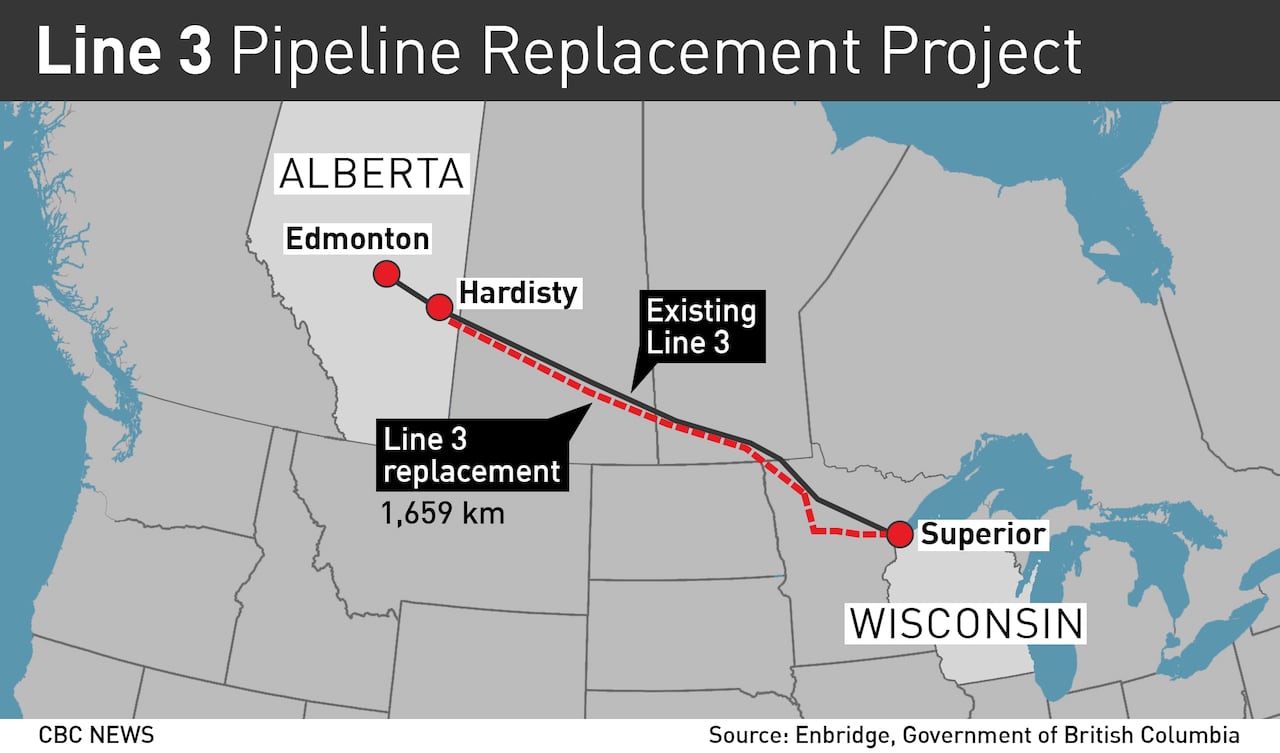 Enbridge Inc., the huge Canadian multinational energy transport company, began construction on its Line 3 Replacement project with the goal of replacing the company’s existing Line 3 Pipeline.  Line 3 stretches 1,031 miles from Hardisty, Alberta to Superior, Wisconsin.  Construction started in December and is causing quite a stir in Minnesota.

The new segment follows the existing Line 3 into northern Minnesota until it reaches Clearbrook.  From there the Replacement will deviate from the existing line southward and then eastward, terminating at Lake Superior.  It would stretch across 337 miles of pristine Minnesota wetlands, streams and Native American land.

Active resistance comes from Native Americans and environmental groups.  The environmental issues revolve around climate change, tar sands passing through the U.S., oil spills, and public health. The tribes, like the Ojibwa, also claim treaty rights, as most of the land in northern Minnesota was ceded to the tribe.  The project would violate their land rights, ancestral lands, and cause harm to their rice fields and fishing and hunting areas. 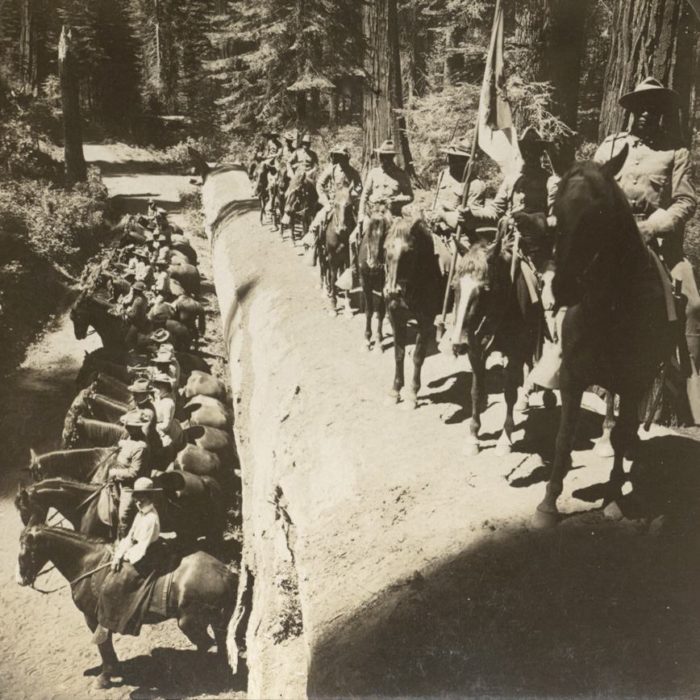 The Buffalo Soldiers came into existence after the Civil War, were dispatched to fight in Indian wars, and took part in the Spanish-American and the Philippine-American Wars.  The name “Buffalo Soldiers” was given to them by the Cheyenne and other Plains Indians.  They eventually made up the 9th and 10th Cavalry and the 24th and 25th Infantry in the latter 1860s.  Between 1891 and 1913, they were given duties in the Parks: To evict poachers and timber thieves, extinguish forest fires, and construct roads, trails and infrastructure.  Among their accomplishments were the completion of the first road into Giant Forest and the building of an arboretum in Yosemite.

This is an exciting story from National Geographic.  Joe Braman from southern Texas has a background in law enforcement and a sideline of raising and training hounds for hunting.  He was retiring in 2017 when he got a call from the Southern African Wildlife College to ask for advice on using hounds to chase poachers.  The South African National Parks in Kruger was looking into using hounds to help them make gains in the losing battle against poachers of the seriously endangered rhinoceros.  Braman helped train a new pack of dogs to do the job, which has made great strides in halting poachers. Without dogs the South African authorities had an apprehension rate of 3 to 5 percent, which rose quickly to 54 percent with the help of Mr. Braman’s trained hounds.

South Africa is home to about 80% of the last remaining rhinoceroses, with around 20,000 white rhinos and just over 5,000 black rhino species.  The international trade in rhinoceros horns was banned in 1977 by the Convention on International Trade in Endangered Species of Wild Fauna and Flora (CITES) agreement.  Various loopholes for legal hunters and other local allowances have been exploited, and sadly the illegal trade of rhino horns has drastically increased.