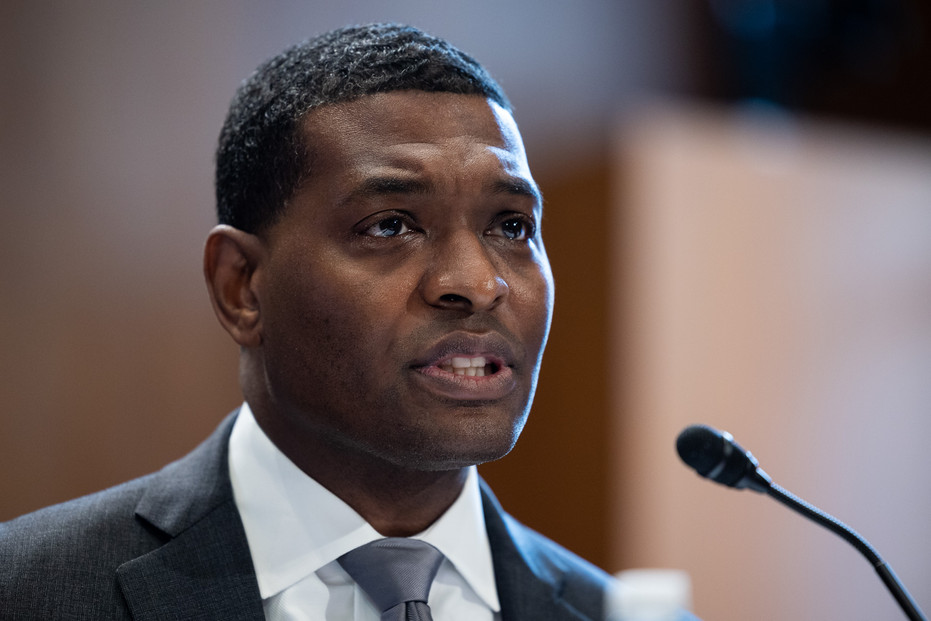 Biden’s new Environmental Protection Agency Administrator, Michael Regan, appeared at a hearing on capitol hill on April 6.  He was accompanied with family members and seemed very confident.  He was there  to testify in defense of his 2023 budget request of $11.881 billion, an increase of 22%.  Along with that was his announcement that he intended to hire 1,900 new employees, which is an increase of 14% in personnel.  He faced questioning by the Senate, which is normal procedure to justify a President’s budget for a new fiscal year.  The hearing was held by the Environment and Public Works Committee chaired by Senator Tom Carper (D-DE).  The senate panel for this event consisted of eight Democrats and seven Republicans.  The toughest questions came from Republican Senators Capito (WV), Inhofe (OK), Sullivan (AK).  Tough statements about where the money should be used came from Democratic Senators Whitehouse (RI), and Markey (MA) and with several difficult questions from others.  It was Regan’s first experience at defending the EPA’s position and to explain how the funding will be used.

In his opening remarks Regan generally expounded on the function of the EPA and how billions of dollars go toward cleaning and protecting the environment.  He explained the extra 1,900 employees to help get programs back on track.  Under the Trump administration the EPA lost employees, failed to file reports that address risk to the environment, and that the agency generally deteriorated.  One thing that came through loud and clear was that the agency’s budget will dovetail into Biden’s Bipartisan Infrastructure Law (BIL).  About half ($5.7 billion) of the EPA’s budget goes to tribes, states, and other designated localities.  Drinking water and wastewater infrastructure would account for $4 billion, with another $1.1 billion for air quality improvements, that includes creating jobs, cleaning up pollution, advancing racial equity and securing environmental justice, especially for those most disproportionately affected by environmental and climate issues.

Some of the more notably passionate issues brought up in the discussions by Senators had to do with the price of gasoline and the possibility that the President is declaring war on the energy sector.  Biofuels, namely E15 (gasoline with 15% ethanol) were a favorite of agricultural states like Iowa.  Agricultural states also wanted to see the Waters of the U.S. (WOTUS) defined more in their favor, to allow such things as wetlands to be taken out of the Clean Water Act.  The banning of Chlorpyrifos, a known neurotoxin, that still needs some clarification along with PCBs (polychlorinated biphenyls) and PFAS (per- and poly-fluoroalkyl substances) in the environment were discussed.  Air and vehicle emission standards were mentioned along with the idea of taxing oil company methane emissions, which are part of the Biden program.

Mr. Regan maintained a sense of connection to his work with intelligent responses to all questions.  They were not always what was wanted from the Senators but the answers sufficed because of his confidence as a leader in the environmental world.  The Senators had their own individual agendas, and together they covered a number of issues that the EPA deals with regularly.  Democrats came on strong about climate change, including sea level rise, wildfires, and weather related damages.  (Click on the title link to watch the full proceedings on CSPAN, – 2hrs. 15mins.)

When our short-sighted corporations turn a deaf ear toward climate change, something interesting is happening at the Securities and Exchange 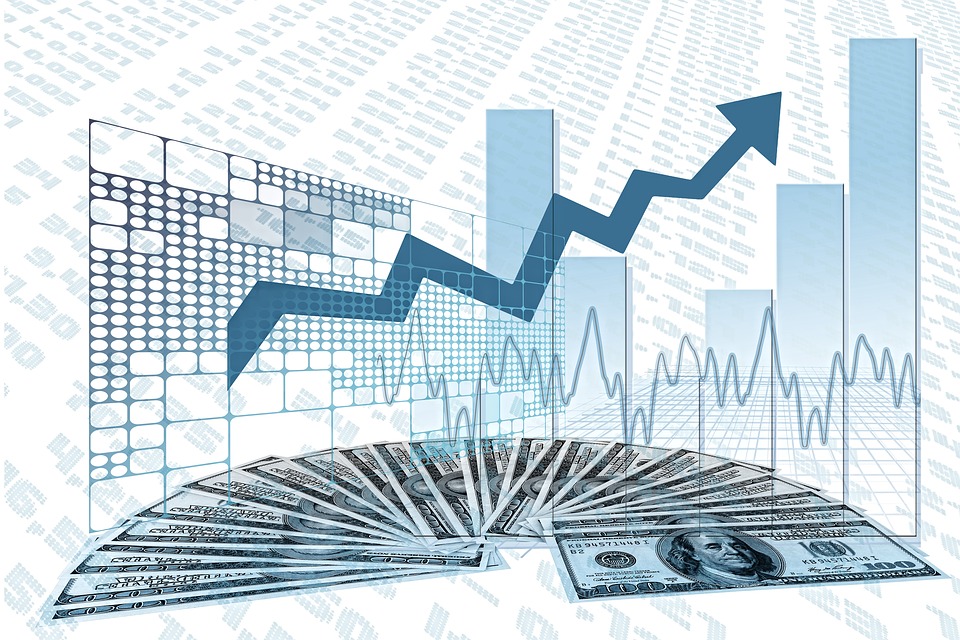 Commission.  On March 21, thanks to Gary Gensler, SEC Chair, a proposal was announced as a new policy for companies to follow.  The proposal is intended to assist investors in evaluating public companies.  It would require listed companies to disclose their climate-related financial risks, including a comprehensive accounting of their greenhouse gas (GHG) emissions.  While some companies volunteered this information in the recent past, this new rule would require consistent and accurate accounting of such information.  A quote from the official announcement:  Corporations shall

The proposal has a 60-day comment period before becoming finalized.  It has opposition from many companies, and the U.S. Chamber of Commerce would approve disclosure of climate risk information, but also, it fails to endorse this proposal as possibly being too broad.  Many translate that to mean businesses are being made to be too transparent.  It is being presented to businesses as Biden’s way of making businesses responsible.  Environmental organizations like the Sierra Club and Environmental Defense Fund are very much in favor of the proposal.

Reporting climate risk is not a new issue at the SEC and this proposa stems from an SEC Guidance issued in 2010 requiring companies to disclose information on climate change.  The reporting requirements of the new 2022 proposal would fall into three levels:

Scope 1 – disclosure of potential risks to the business from climate-related events.

Scope 2 – disclosure of the business’ own GHG emissions, including the amount of consumed energy.

Scope 3 – disclosure of those emissions generated by suppliers and customers.

As one can imagine, Scope 3 is very controversial with businesses.  The rules would be phased in with 2024 as the earliest date for companies to file.

The U.S. Environmental Protection Agency already has tools to help companies calculate things like GHG emissions and other solutions for managing carbon.  Also, to assist companies with managing their climate data, a whole new generation of software specialized in carbon accounting has blossomed into existence.  While it is controversial it could pass with some modifications and is still better than what is now available to investors.

The National Oceanic and Atmospheric Administration (NOAA) began measuring atmospheric methane (CH4) in 1983 (about 39 years ago) and it has grown in importance ever since.  Its Global Monitoring Laboratory collects more than 15,000 air samples per year, analyzes them and annually in the Spring releases the previous year’s report.  In recent years evidence documents that methane concentrations increased 15.3 parts per billion (ppb) in 2020 and 17 ppb in 2021.  So, for two years in a row, these were record increases since measurements started.  From NOAA’s charts methane concentrations have reached 1,895.7 ppb during 2021, representing an overall concentration of 162% greater than pre-industrial levels.  Concentration levels in 1985 were about 1,650 ppb and in the year 2000 reached approximately 1760 ppb. This newest information is alarming since methane now exists in much greater quantities.

In comparison, CO2 concentrations reached 414.7 ppm (part per million) in 2021 which was 2.66 ppm higher than the previous year. This year, 2022, that figure has reached 419.6 ppm. These data show us the fastest sustained rate of increase since CO2 monitoring began (63 years ago).

The methane molecule lasts only about ten years before dissipating, compared to CO2’s 300 to 1,000 years (according to Bridger Photonics). It’s now general knowledge that methane is more potent as a GHG (28 – 80 times, depending on the length of lifespan being measured) than CO2, but it has existed in smaller quantities in the past.  While it caused concern, our worry focused mostly on CO2, and now with NOAA’s latest report methane is becoming a serious threat to increasing the rate of planet-warming.

Here are some facts about methane:

So, reducing CH4 in our atmosphere is crucial, but it won’t be easy. About 30% of it is released through oil & gas piping leaks of all kinds.  There is some good news though. The International Energy Agency shows that with satellite  tools, the U.S. could reduce its oil & gas methane emissions by 75%.  President Biden has already signed the bill to reinstate former President Obama’s rules regarding methane reduction and the EPA can take that to even deeper cuts.  It’s called a U.S. Methane Emissions Reduction Action Plan and here is the link to Biden’s Fact Sheet about his clean energy economy and the production while creating jobs.  This may not solve the problem but methane has finally been targeted as a major source of GHGs and the U.S. is under the microscope. 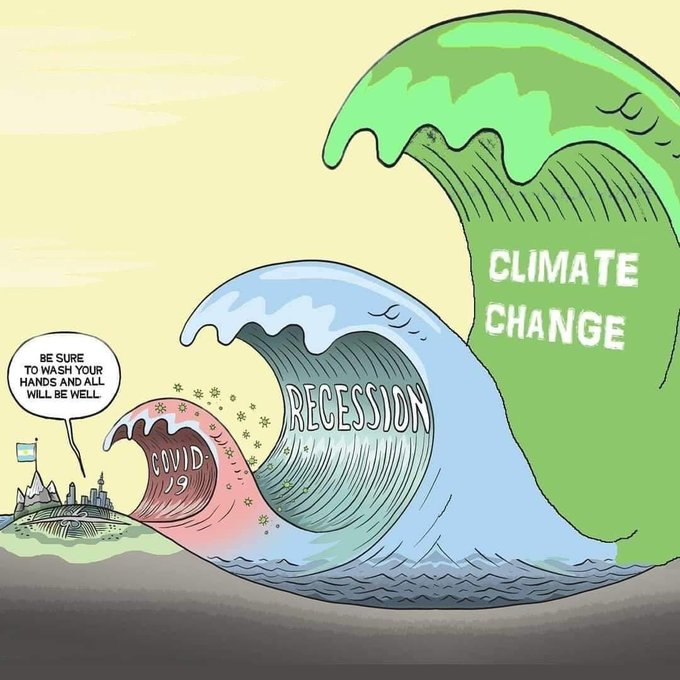