I.  The President’s Infrastructure Program

President Biden’s Build Back Better plan, also known as the “American Jobs Plan” among other things, is an infrastructure repair and jobs program.  It could also be his version of a Green New Deal (GND).  It does include a clean energy job re-training program, oil field and coal mine clean up, electric cars incentives, a more efficient transportation system, infrastructure resiliency to withstand climate change, and more.  It’s, at least, an eight-year program to be paid for by lifting the corporate tax rate from 21% to 28%, which is where it was when Trump took office,  and to disincentivize offshore profiteering.  It also has a provision to halt oil subsidies.  The infrastructure portion of the bill has West Virginia Senator Manchin’s support but will still require a lot of effort to get it passed in both houses of Congress.

Here is a broad outline of the proposal with approximate funding over eight years:

One has to look under the hood of this plan to find resemblances to the GND (HR 109) as proposed by Alexandria Ocasio Cortez and others.  It is, at least, an eight-year plan to modernize our infrastructure with some attempts at economic equity and mitigating climate change.  Most of the environmental, climate change, and workforce components stem from the GND:

Biden never claimed to be a true follower of what most of us would think of as “the” Green New Deal.  One might think the “spirit” of the Sunrise Movement’s vision is missing.  This plan alone will not bring the U.S. into compliance with our emission-reduction goals.   What is in the plan is a coiffured version of the GND using the political comb of an experienced politician to bring the balance between the left side of the Democratic Party more in tune with middle America.  It’s a careful blending of the COVID-19 economic stimulus, the GND, and his forth-coming (next month) “The American Families Plan”, all stylized to sell this to a clunky Congress.  Biden’s expertise offers hope to steer the U.S. to a more reasonable economic and social order. 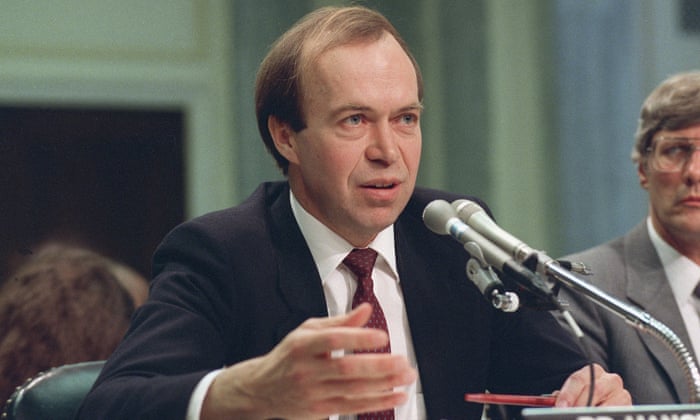 Earth Day Month provides an opportunity to look back on environmental efforts.  On June 23, 1988 (33 years ago), James Hansen spoke to the U.S. Senate on humanity’s effect on climate change.  He said his research showed that it was 99 percent certain that the record temperatures were due to human activities and the production of atmospheric pollutants.  He is quoted, “It’s time to stop waffling so much and say that the evidence is pretty strong that the greenhouse effect is here.”

The greenhouse effect of the Earth’s atmosphere has been studied since the late 1800s showing that carbon dioxide, along with other gases, pose an extreme danger to life on the planet.  The National Academy of Science, using computer data, produced a report in 1977 warning that average temperatures may rise rise 6°C by 2050 due to burning coal.  At that time James Hansen was beginning his study of the greenhouse effect on the atmosphere.  He was a space scientist at NASA’s Goddard Institute for Space Studies (GISS) and wrote his first paper on the subject in 1980.

Hansen, unlike a revolutionary character, presented his case in a mild Midwestern style about the impact of continuing our carbon-polluting ways.  While he wasn’t the first to report on the subject of Climate Change, he became a “visionary” after his congressional appearance.  In 1981, he co-authored an article in Science Magazine called Climate Impact of Increasing Atmospheric Carbon Dioxide.

In 1982, Ronald Reagan, was inaugurated and his administration responded to Hansen’s predictions by cutting funding to GISS.  Although some Republicans were scientifically knowledgeable and identified with the worrisome studies, the party has generally turned a deaf ear to the subject ever since.  It fit well into ultra-right wing conspiracy theories which seem to control Republican thought today.

According to a 2018 article in The Guardian, Jim Hansen continues today to wage the climate change battle by writing and speaking out where he feels it’s needed.  He admits that we have accomplished a consensus of opinion acknowledging the problem.  The UN Conferences on Climate Change are a testament to that and world leaders have done very little while also admitting the problem exists.   He accuses political believers in climate change and its causes, like Barack Obama, Angela Merkel, and Jerry Brown, of not doing enough about this issue. 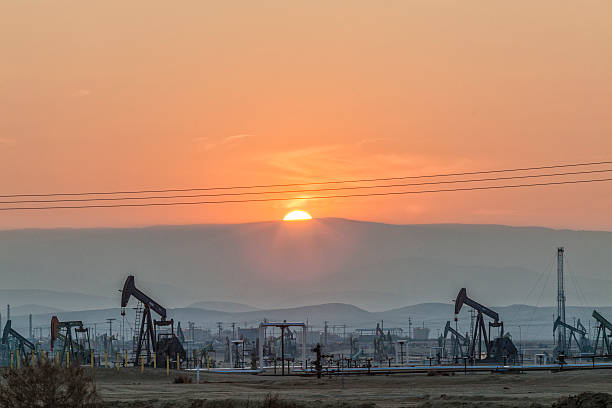 The bill (SB 467), introduced on February 17 by Senators Scott Wiener (D-SF) and Monique Limón (D-Santa Barbara) would phase out hydraulic fracking in California by January 1, 2027.  It begins with the halt of new or renewal permits after January 1, 2022, for any kind of enhanced drilling techniques used in California.  These include hydraulic fracturing, acid well stimulation treatments, cyclic steaming, and water and steam flooding.  It also establishes a 2,500-foot safety zone for citizen health concerns between drilling sites and homes, schools, prisons, and other community locations and halts issuing of permits near these places starting January 2023. 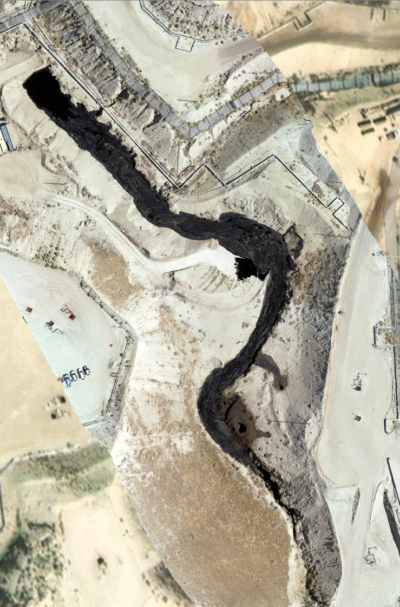 One of the drilling procedures, cyclic steam injection, is a controversial thermal extraction process used in oil recovery from wells containing high viscosity oil.  Steam is pumped into the well to heat and thin the thick oil for easier removal.  The process can be repeated several times (cyclic) and can sometimes result in oil flows on the surface as was done in the publicized Kern County spill with a huge flow of oil into a dry stream bed in 2019 (see image).

The documented premature deaths in California due to fossil fuel pollution are up to 34,000 in a single year.  Many communities in California have been calling for safety zones or setbacks from oil wells for years.  Oil companies spent thousands of dollars opposing the last bill that attempted to implement setbacks.  Governor Newsom’s promises on this have stalled, and this bill gets things moving again. 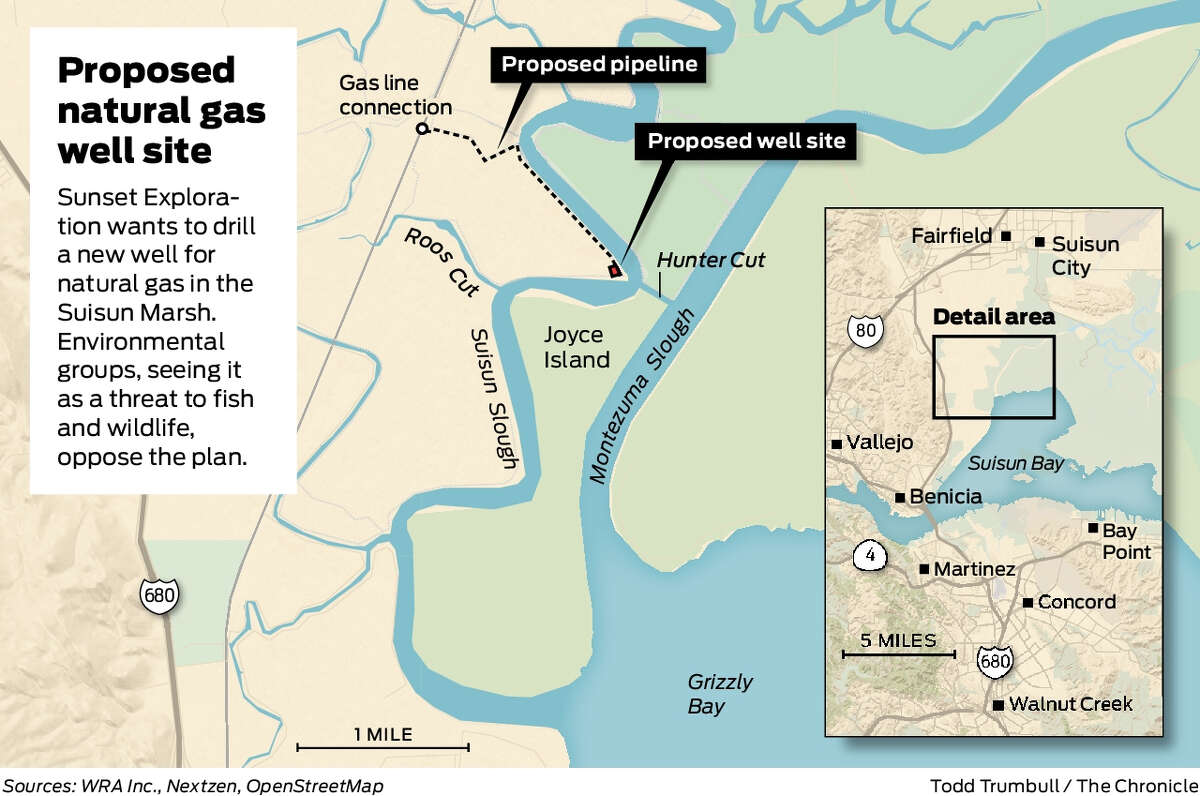 The SF Chronicle has reported that a company called Sunset Exploration is proposing to drill an exploratory well for gas on the north side of Suisun Bay. The aim is to connect the well, if it is successful, to a PG&E gas line that extends through Solano County to supply power to regional communities (see map). There are other wells in the area that are abandoned or plugged and the county has previously permitted this area for drilling.

This is happening in California at a time when the state is trying very hard to rid itself of fossil fuels making this project rather undesirable.  Hollin Kretzman, an attorney and member of the Center for Biological Diversity, has been a leader against fossil fuels and for a future that mitigates climate change. Environmentalists also point out the danger to wildlife, fish, and other species.  Read Kretzman’s Press Release on this subject here.

The owner of Sunset Exploration, Bob Nunn, touts the use of domestic fuels rather than imported gas from states that have lower environmental standards. He claims we will be dependent on gas for some time into the future and this project is an intelligent way to transition away from fossil fuels.

Although the site has a previous permit from Solano County, the Army Corps of Engineers is involved in that they will need to fill in a portion of the marsh to make it possible to drill.  Hollin Kretzman is looking to at least require the Army Corps of Engineers to prepare an extensive environmental study before allowing this project to proceed.  For more information contact: (???) On March 5, 2021, a new study was published by UC Santa Cruz scientists about warm ocean events due to climate change that have decimated the northern California coast of its kelp forests. The kelp along the southern California coast is a species known as giant kelp, and the north coast (north of San Francisco) is generally populated with a species called bull kelp. The giant kelp species is a bit bigger and more robust, while the bull kelp species is noted for being resilient after inclement ocean-weather events.

Normally the Pacific Ocean movement is towards the shore, causing a nutrient-rich upwelling of colder water there.  However, an increase in warming spells has been taking place since 2014 and was called the “Blob” (see Environmental Report’s February, 2020 issue).  It occurred as part of a marine heat wave or El Niño for that year and had a devastating effect on sea stars. The condition known as sea star wasting syndrome (SSWS) is also found in other parts of the world. The particular sea star along the northern California coast is the sunflower star.

In summary, the sunflower sea stars, predators of sea urchins, have been dying off and the sea urchins have moved into the kelp forests along the Mendocino and Sonoma Coasts in great numbers. They feed on kelp plants and have wiped out 95% of the bull kelp in that area. 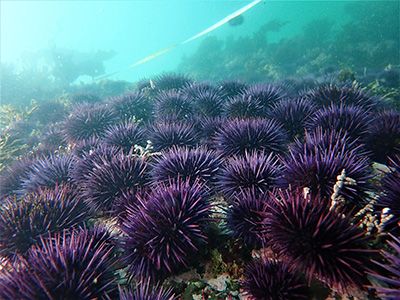 enough to make a comeback.  However this past year the bull kelp did not come back.  As a result “Sea urchin barrens” are now carpeting the ocean floor with hardly any kelp or sea stars to be seen. This lack of sea urchin predators has drastically shifted the ecosystem of the northern California Coast.

There is an effort to bring sea otters back. They were wiped out in northern California since the late 1800s and early 1900s. They feed on sea urchins and may become some part of the answer for this problem. There are a number of sea urchin predator fish along the southern coast, but the sea otter is the number one predator there. They won’t bring the sunflower sea star back but could assist in bringing back the bull kelp forests and ecosystems. 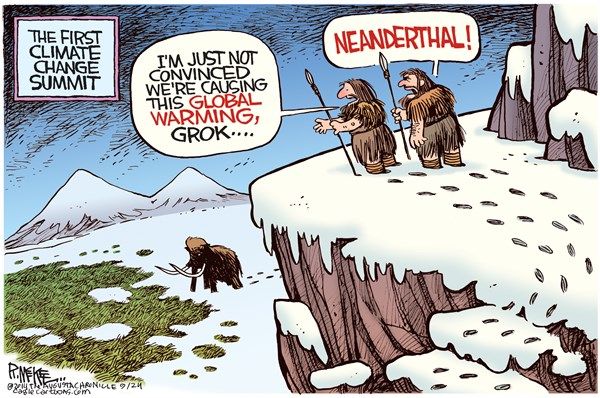